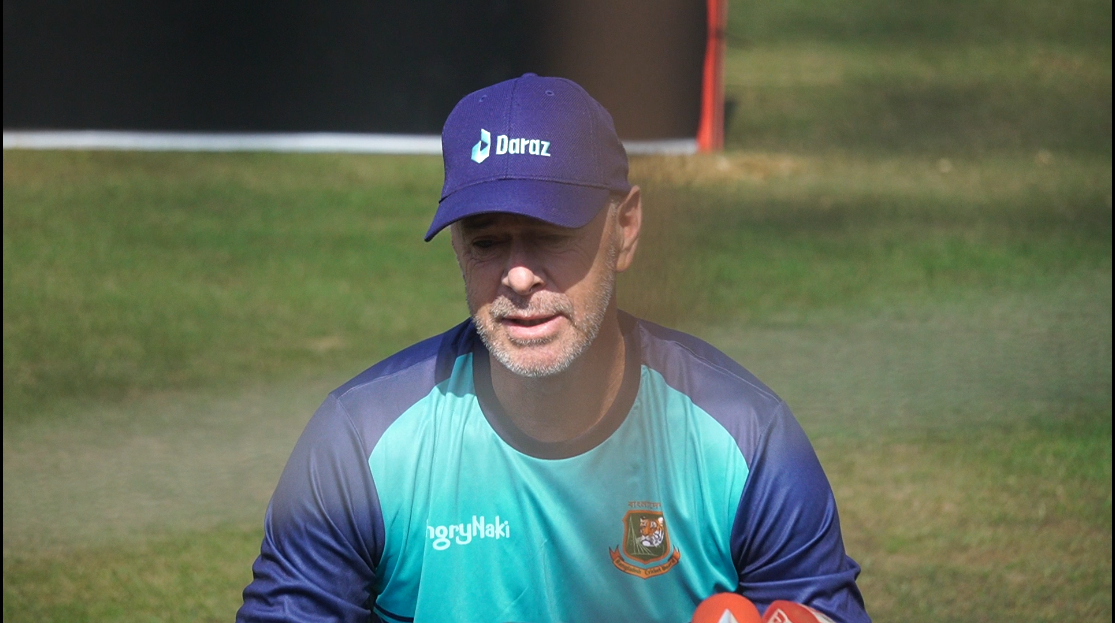 Bangladesh batting coach Jamie Siddons is looking forward to youngsters to step up in absence of senior cricketers in the upcoming Tri-nation series against Pakistan and New Zealand.

Bangladesh set to play the tri-series as preparation for the T20 World Cup 2022, the Tigers completed a sweep against the UAE 2-0 in a T20 series before arriving in New Zealand.

Former captain Mahmudullah Riyad was not included in the team for the upcoming World Cup campaign, alongside Mushfiqur Rahim and Tamim Iqbal announced thier retirement from T20Is to prolong their career in the other formats.

"We have just come from Dubai where we played a couple of games against the UAE and had a week practising in their facility which was fantastic. Boys are coming along as it's a pretty young team while some of our senior players have retired or not on this tour. So the young team were are excited but they got a bit of learning to do. We are looking forward to playing against two pretty strong teams," said Siddons.

"People like Sabbir (Rahman) and Miraz (Mehedi Hasan) opening the batting is certainly different from Tamim and Liton. Liton, however, is there at number three or four, but we still got a bit of experience in the team. But the youth is very exuberant and energetic and we are looking to see what they bring on to the table," Siddons added.

The tri-nation series in New Zealand is expected to play a crucial role for the Tigers where the condition is similar to what they should expect in the T20 World Cup mission in Australia later this month.

"We can't ask for much better preparation against the finalists of the last World Cup and Pakistan are obviously on the up as they are a fantastic T20 side. So if we can challenge them we are going a long way to getting ready for the World Cup," he added.