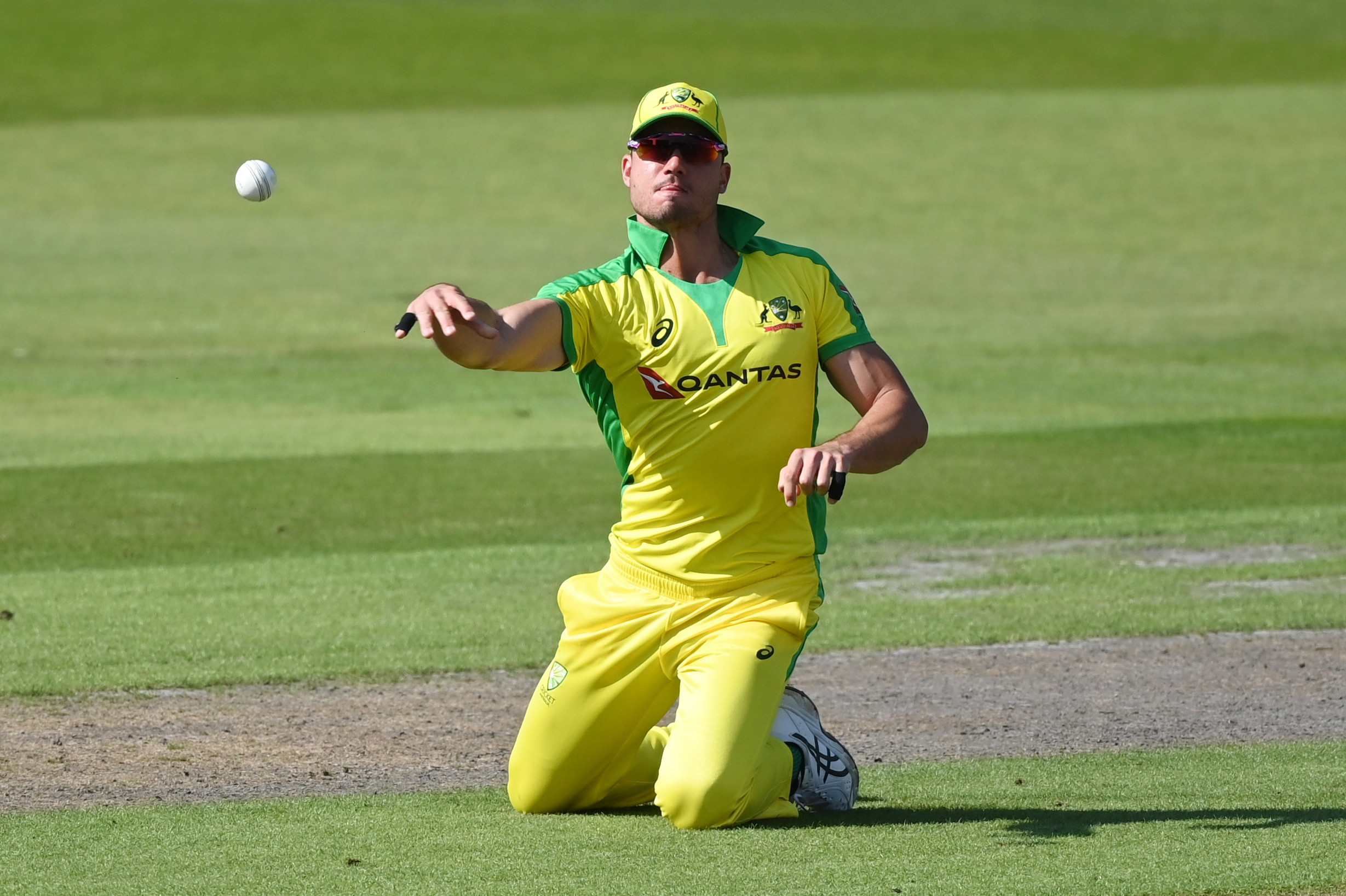 Marcus Stoinis has been ruled out of the upcoming T20I series against the West Indies due to a side strain suffered in early September, giving Australia's selectors fewer opportunities to settle down their strongest side ahead of the World Cup.

Stoinis has not traveled to the Gold Coast with Australia's squad ahead of the first game of a two-match series against the West Indies on Wednesday. He has instead remained in Perth, where he will rejoin the team this weekend.

Following the second T20I against the West Indies in Brisbane on Friday, Australia will travel to Perth for the first of three T20Is against England on Sunday, as part of their preparations for the first T20 World Cup match against India on October 22.

They will play one more warm-up game against India before facing New Zealand in the tournament opener.

Stoinis suffered the injury on September 8 during an ODI series against New Zealand in Cairns. He was ruled out of the third ODI of that series and also missed Australia's whirlwind three-match T20I tour of India.

He has continually suffered side strains on both sides of his body over the last three years after being significantly hampered with it during the 2019 ODI World Cup.