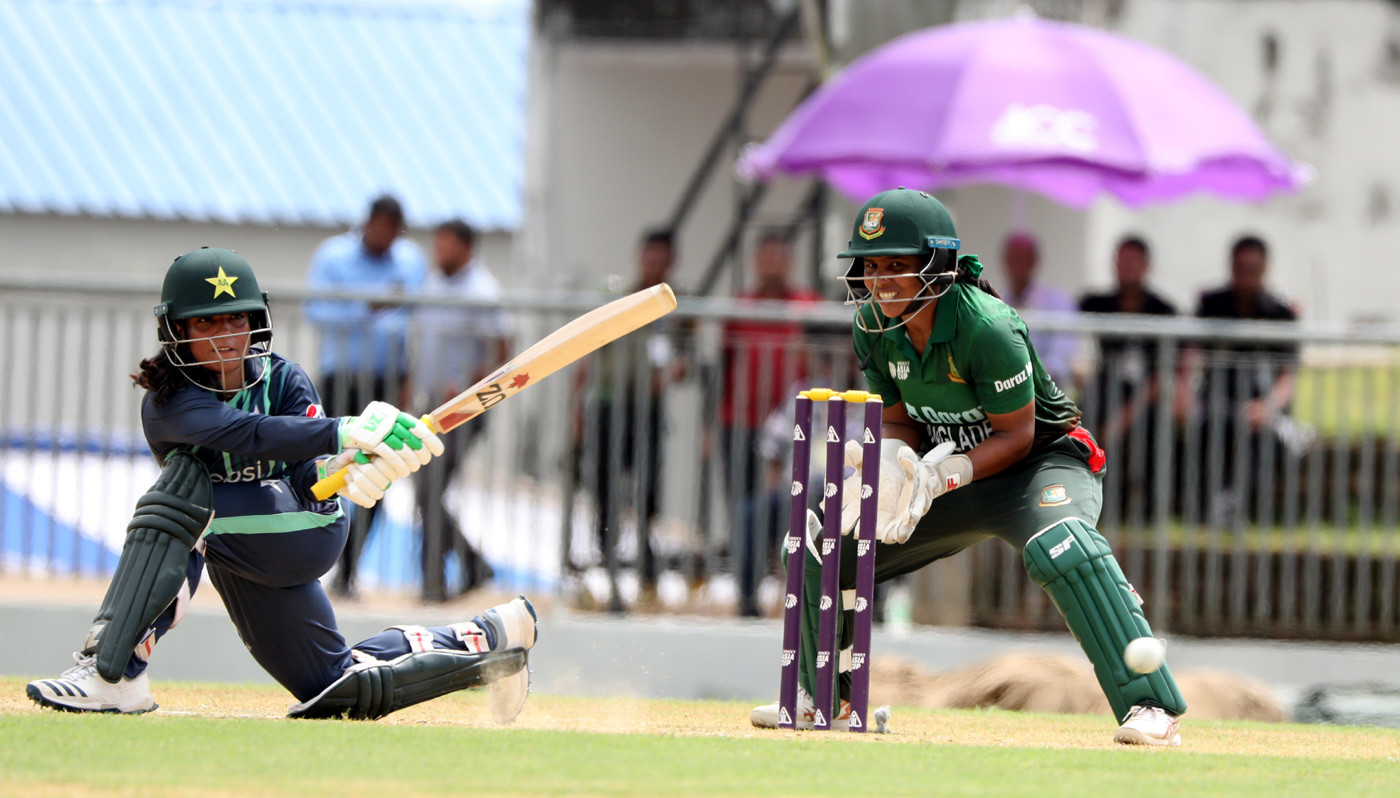 Bismah Maroof's team comfortably reached the target while chasing a modest total of 71 in 20 overs.

The first-innings stand of 49 runs between wicketkeeper batter Muneeba Ali and Sidra Ameen set the tone for victory.

Following Muneeba's dismissal in the eighth over by Salma Khatun, skipper Bismah Maruf and Sidra easily completed the target, winning by nine wickets with 46 balls remaining.

Earlier, Pakistan won the toss and chose to bat first. Pakistan skipper Bismah's strategy paid off, as their bowling attack dominated their opponents and prevented the champs from mounting any kind of comeback.

Dina Baig and Nida Dar both took two wickets, while Sadia Iqbal and Omaima Sohail each took one, helped to restrict Bangladesh for 70 runs off eight wickets in 20 overs.

Nigar Sultana Joty led the way with a sluggish 17 off 30 balls, while veteran batter Salma Khatun stayed undefeated on 24.

However, the Tigresses got off to a strong start, defeating Thailand by nine wickets in their opening encounter.