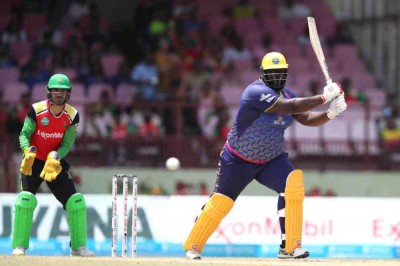 Royals were propelled to 195 courtesy of Rahkeem Cornwall's 91 and Azam Khan's half-century. Chasing the target, Amazon were skittled for 108 in 17.4 overs with Romario Simmonds returned figures of three wickets leaking 17 runs in his three overs.

After a stunning knock of 91 off 54, Cornwall picked up a couple of wickets, and Mujeebur Rahman took two wickets for Barbados.

Shakib al Hasan took one wicket in his three overs and just made one run for Amazon.

With this win, Barbados booked their ticket to the final and  Amazon will play in the eliminator against Jamaica Tallawahs.

Tags: CPL,
Up Next