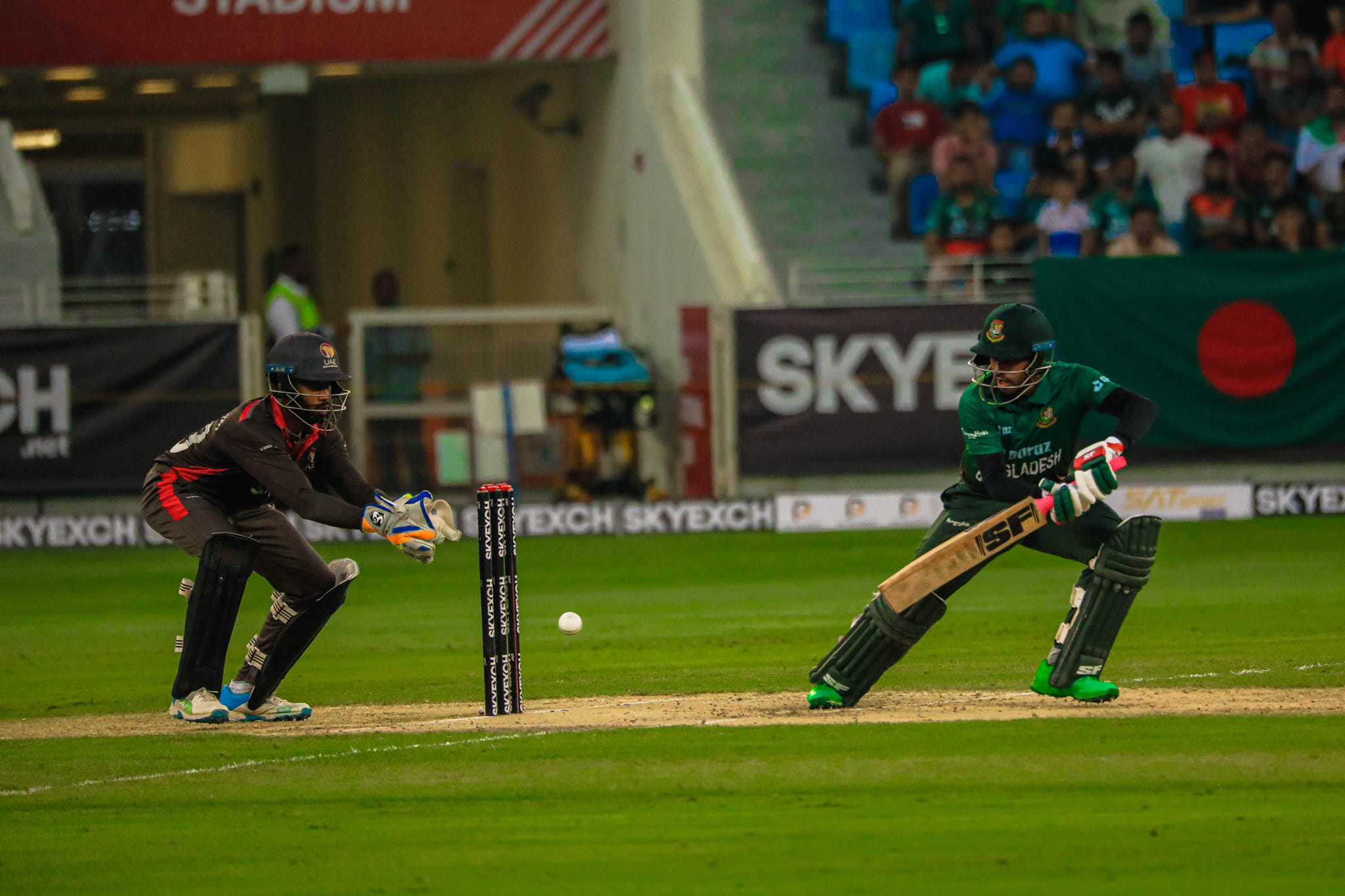 Bangladesh clinched the second and Final T20I match by 32 runs against UAE and also clean-swept the hosts on Tuesday.

Bangladesh scored 169 for five at Dubai International Cricket Stadium, thanks to Mehedi Hasan Miraz’s 46 at the top and Nurul Hasan Sohan’s 10-ball 19 at the end.

Nasum Ahmed made an early strike after dangerman Chirag Suri skied one and Nasum went down under it to catch it. Taskin Ahmed caught the other opener, Muhammad Waseem, after a 16-ball 18, before Mosaddek Hossain struck twice in the seventh over to take the hosts to 29 for four.

Middle-order batter Chundangapoyil Rizwan and Basil Hameed put on a 90-run stand, with the former remaining unbeaten on 51 off 36 balls and the later falling to Ebadot Hossain in the 19th over following a 40-ball 42 as UAE ultimately reached 137 for five.

Mohammad Saifuddin continued to be pricey, conceding 26 runs in three overs. Taskin and Ebadot both took one wicket, while Mosaddek finished with two for eight.

Earlier, Bangladesh made 169-5 after opener Mehidy 46 off 37 balls provided a solid platform before Mosaddek (27) and Liton Das (25) kept the runs flowing.

Yasir Ali and Nurul Hasan gave the innings some late impetus in an unbroken stand of 32 over the final three overs.