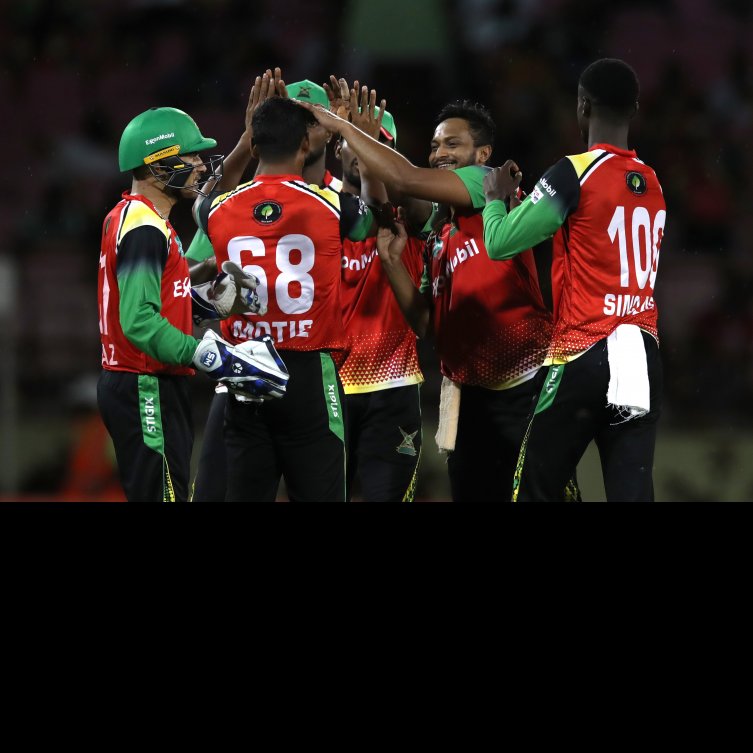 The Trinbago Knight Riders won the toss and elected to field in this must-win game, with Amazon Warriors opener Rahmanullah Gurbaz providing a spectacle for the crowd at Providence Stadium, scoring 60 off 42 balls to fuel the Warrior innings with Shakib’s quick 35 off 25 (four 4s and one 6) Warriors reached 173/6.

Guyana Amazon Warriors suffered an early setback in their innings as Ravi Rampaul showed his effectiveness in the PowerPlay by taking the wicket of Chandrapaul Hemraj.

Gurbaz would then play some spectacular shots to accelerate the run rate. Sunil Narine, who did not bowl until the 12th over, would claw the Knight Riders back into the game by taking the key wickets of Shakib and Romario Shepherd. A remarkable late blitz from Odean Smith, scoring 23 runs from 7 balls, would then catapult the Warriors to 173/6.

The Trinbago Knight Riders established a solid opening partnership in their chase with Tim Seifert and Colin Munro, but wickets tumbled throughout their innings as the Amazon Warriors were boosted by a vociferous home crowd. The Knight Riders were out for 136 runs and lost by 37 runs.

Trinbago Knight Riders had a good start in their chase, Seifert and Munro keeping up with the run rate, but led by Shakib (4-20-3), the Warriors fought back to take wickets, including some spectacular fielding to dismiss Nicholas Pooran. Once captain Kieron Pollard was out stumped, the Knight Riders faced an uphill battle and finished on 136 all out.

The result means that Trinbago Knight Riders have been eliminated from play-off contention.