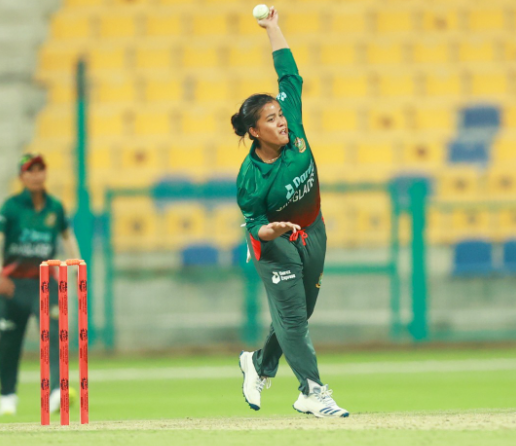 Bangladesh’s Shohely Akhter grabbed four wickets to restrict Scotland only for 77 runs as the Tigresses beat Scotland by six wickets on Monday and secured semi-final spot in ICC Women's T20 World Cup Qualifier. Bangladesh now leads Group A in the Qualifier with a game in hand against USA.

The choice to bat first did not go as smoothly as Scotland wanted. They lost openers Ailsa Lister and Saskia Horley early in the Powerplay, as well as leader Kathryn Bryce.

Shohely took three wickets in two overs to put Scotland in trouble. Scotland appeared about to be swept out at 42/7 when Lorna Jack and Rachel Slater put on a 29-run stand to save their blushes. They were knocked out for 77, with Akhter leading the charge with figures of 4-1-74.

In response, Bangladesh lost Shamima Sultana early on, but Nigar Sultana batted confidently as captain to lead Bangladesh to victory. She stitched a 38-run partnership with Murshida Khatun and added 22 more runs with Rumana Ahmed.

She eventually fell in the game's final over, but not before pushing Bangladesh to the edge of victory.