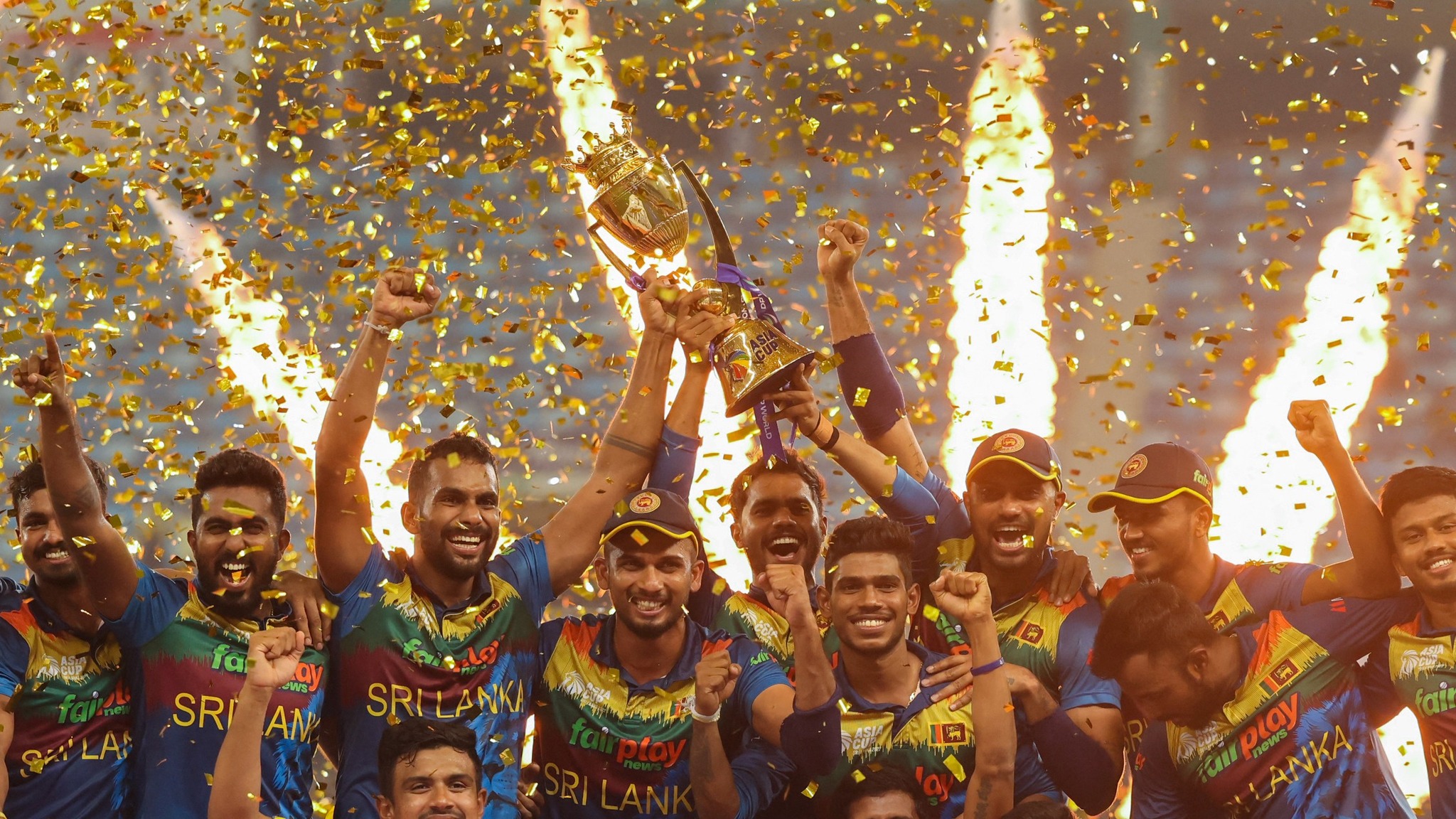 Pramod Madushan and Wanindu Hasaranga shared seven wickets between them as Sri Lanka beat Pakistan by 23 runs to win their sixth Asia Cup title on Sunday.

Chasing 171 for victory, Pakistan were bowled out for 147 with Madushan claiming four wickets and Hasaranga taking 3-27 in Dubai.

Bhanuka Rajapaksa had smashed an unbeaten 71 to lift Sri Lanka to 170-6 from a precarious 58-5 after being put in to bat by Pakistan.

Bhanuka Rajapaksa smashed an unbeaten 71 to guide Sri Lanka to 170-6 after Pakistan's Haris Rauf rattled the opposition with early wickets in the Asia Cup final on Sunday.

The left-handed Rajapaksa put on a key 58-run stand for the sixth wicket with Wanindu Hasaranga, who hit 36, to help Sri Lanka to a competitive total after they were in trouble at 58-5 in Dubai.

Rauf stood out with figures of 3-29 off his four overs of pace.

Pakistan won the toss and skipper Babar Azam had no hesitations in fielding first in Dubai with nine of the 12 matches won by the team chasing in the tournament, a curtain-raiser for next month's T20 World Cup in Australia.

Pace bowler Naseem Shah struck in the opening over as he bowled Kusal Mendis for a first-ball duck with a searing inswinger.

Dhananjaya de Silva hit back with two flowing off drives for boundaries off Mohammad Hasnain to get the innings rolling.

Rajapaksa and Hasaranga got together to rebuild the innings as the two hit regular boundaries to up the scoring rate.

Rauf dismissed Hasaranga, who hit five fours and one six in his 21-ball knock, caught behind for his 50th T20 wicket to break the dangerous stand.

Rajapaksa kept up the attack and survived a dropped catch by Shadab in the deep, soon reaching his third T20 half-century.

Rajapaksa, who finished the innings with a four and six off Naseem in his 45-ball blitz, and Chamika Karunaratne put on 54 runs to further boost the total.