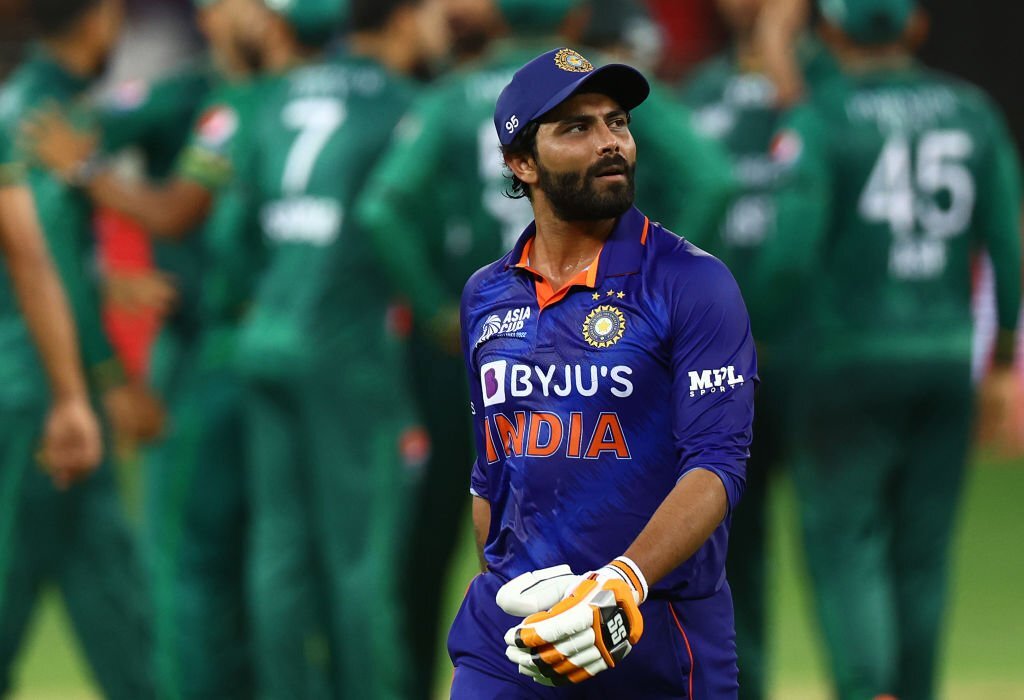 India all-rounder Ravindra Jadeja will miss the T20I World Cup in Australia in 2022 due to knee surgery, according to a PTI report.

Earlier on Friday, Jadeja was ruled out of the ongoing Asia Cup 2022 as well, owing to the persistent issue on his right knee.

The 33-year-old had earlier missed India's tour of West Indies in July owing to an injury on his troublesome right knee.

According to reports, Jadeja will be out for a 'indefinite period' following surgery on his right knee.

"Jadeja's right knee injury is pretty serious. He is supposed to undergo a major knee surgery and will be out of action for indefinite period of time. At this point, if one goes by the assessment of the NCA's medical team, one can't put a timeline on his imminent international comeback," a senior BCCI official told PTI on the condition of anonymity.

Jadeja will be a major loss for India, he scored an attacking 35-run innings against Pakistan in India's Asia Cup opener and remains one of the world's top fielders.