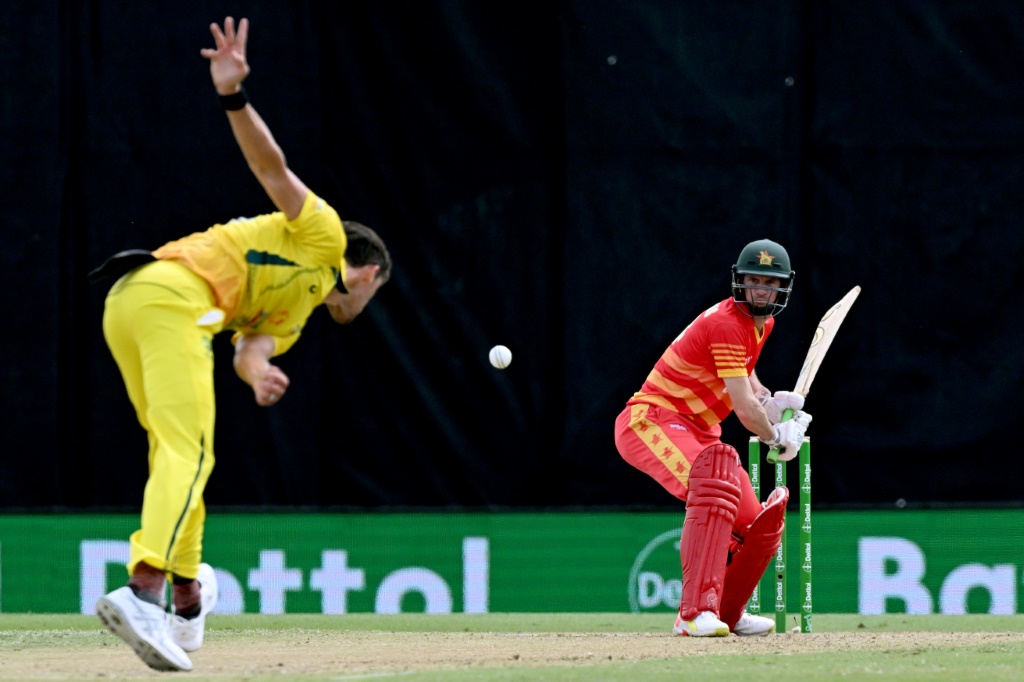 Ruthless Australia wrapped up the one-day international series against Zimbabwe with a crushing eight-wicket victory on Wednesday in Townsville.

After Mitchell Starc played a central role in routing the tourists for just 96, Australia overcame an early stutter in their chase to reach the lowly target in the 15th over and take an unassailable 2-0 series lead.

Quick Richard Ngarava briefly revived Zimbabwe's slim hopes of a miraculous victory with the wickets of openers David Warner and Aaron Finch in the third over to leave Australia wobbling at 16-2.

But an aggressive Steve Smith (47 not out) and Alex Carey (26 not out) counterattacked as Australia cruised to a series triumph, having notched a comfortable five-wicket victory in the first ODI in Townsville on Sunday.

"It was a clinical performance from the bowlers... it couldn't have gone more to plan today," said Australia skipper Finch, after red-hot Starc tore through Zimbabwe's top order.

Zimbabwe have struggled to be competitive in the first series between the teams in Australia since 2004 and were left to rue an inept batting performance lasting just 27.5 overs.

"We didn't get any real starts and it was unfortunate that none of (the batters) could get going," said captain Regis Chakabva.

"We always wanted to play the best. There are lots of things to take from today to make sure we keep learning."

Finch's decision to bowl first for the second straight match paid off.

Paceman Starc relished the seaming conditions at Riverway Stadium to take 3-24, while spinner Adam Zampa cleaned up the tail to also finish with three wickets.

Starc is now on the brink of becoming the fastest bowler to reach 200 ODI wickets.

The left-armer, playing in his 101st ODI, was unable to reach the milestone but Zampa and towering Cameron Green (2-7) took over as Zimbabwe suffered their lowest ODI total against Australia.

Zimbabwe will be desperate to grab a consolation victory on Saturday at the same venue in a bid to climb the ODI Super League ladder, which goes towards qualification for next year's 50-over World Cup in India.