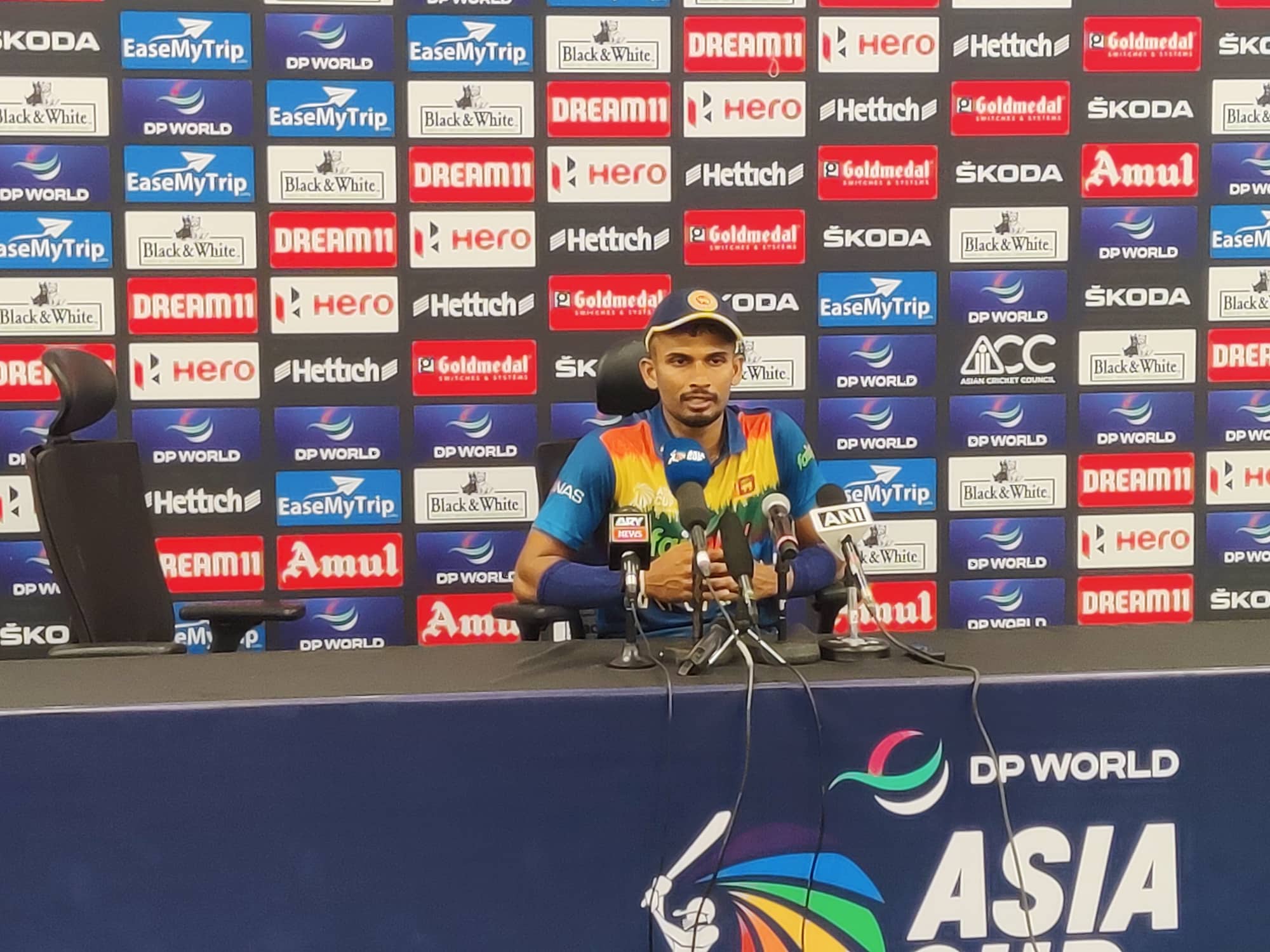 Sri Lanka skipper Dasun Shanaka has confidently declared that Bangladesh is an easier opponent than Afghanistan, who hammered the Lankans in the Asia Cup opener in Dubai Saturday.

Afghanistan thrashed Sri Lanka by eight, thanks to Fazalhaq Farooqi’s bowling figures of 3-11, who helped bundle out Sri Lanka for a paltry 105. Opener Hazratullah Zazai, unbeaten on 37, and wicketkeeper-batter Rahmanllah Gurbaz, who hit 40 off 18 balls did the rest.

Despite a heavy defeat, Shanaka is taking Bangladesh lightly as he said Bangladesh don’t have a bowling attack like Afghanistan apart from Tiger captain Shakib al Hasan and Mustafizur Rahman.

Bangladesh have locked horns 12 times against the Island country in the shortest format of the game and faced eight defeat. The all-rounder said Bangladesh is very known opponent for them and they have a good amount of idea about their game plans.

“So it's obvious that every team knows nowadays about the opposition, unless they don't play regular International cricket, I mean the lower rank countries. So it helps playing against Bangladesh when it comes to international cricket” he added.

Bangladesh will face Afghanistan on 30th August at Sharjah prior their clash against Sri Lanka on 1st September at Dubai International Cricket Stadium.