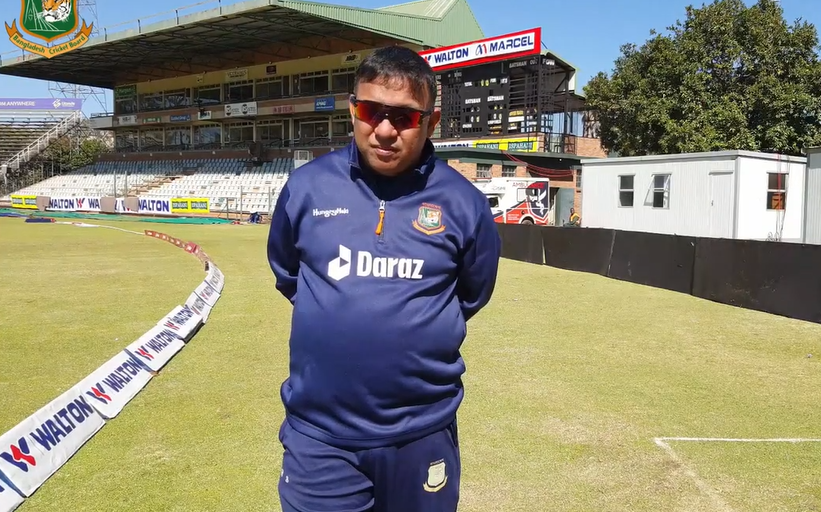 Bangladesh cricket team’s director Khaled Mahmud Sujon was not happy with Bangladesh’s batting approach against Zimbabwe in the series-deciding third T20I, where the visitors suffered a 10-run defeat and lost the series 2-1.

Following that, Mahmudullah Riyad, who replaced Nurul Hasan Sohan in the squad, stitched two partnerships - of 26 with Najmul Hossain Shanto and 39 with Afif Hossain - to keep Bangladesh in the hunt, but the former captain’s dismissal in the 15th over made things difficult for the Tigers.

Bangladesh needed 57 off 5.4 overs with five wickets in hand when he was out for a run-a-ball 27. Afif Hossain and Mahedi Hasan tried but failed to reach the mark. Bangladesh could only manage 146 for eight runs.

However, Mahmudullah and Shanto (16 off 20) have batted slowly without keeping their eyes on the run rate. Sujon blamed batters not being able to bat according to the conditions of the match.

Along with that, the team director of Bangladesh raised questions about the mindset of the batters to score runs quickly. Sujon thinks that Bangladeshi batters play to keep their place in the team, not for the team.

"I did not see anyone even trying to hit a six. All of them were dealing in singles or doubles. It felt as if they were playing to solidify their position in the eleven. It was as if they were trying to keep themselves safe by scoring some runs," Sujon said in a video message from Zimbabwe.

"I'm very disappointed and I blame it entirely on the players. We knew we needed 10-12 runs per over but still took 6-7 in an over. I didn't see anyone trying to hit six, everyone took singles and doubles," he added.

Despite promising to play aggressive cricket, the youngsters could not fulfill it without senior campaigners. Sujon expressed disappointment “None of us expected to lose to Zimbabwe”.

Bangladesh to play their favorite format ODI from August 5, 7 and 10.