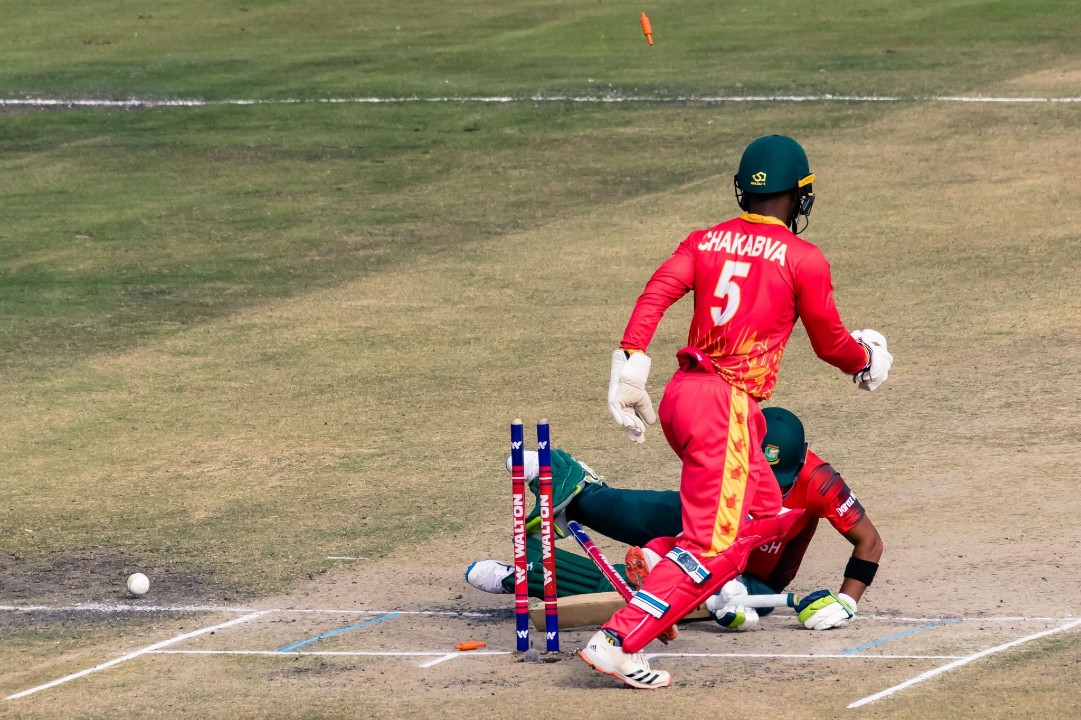 Bangladesh have lost the three-match T20I series 2-1 against Zimbabwe as the hosts beat Bangladesh by 10 runs in the third T20I at Harare Sports Club, Harare on Tuesday.

It was the first time Zimbabwe won a T20I series against Bangladesh.

After the top-order failed to get the Tigers off to a commendable start in pursuit of Zimbabwe's 157-run targel, Mahmudullah Riyad, who returned to the T20I team following the injury to skipper Nurul Hasan Sohan, failed to inspire the side to victory.

Shanto and Mahmudullah added 34 runs for the fourth wicket to steady the batting. After Shanto was out to a scoop shot in the tenth over, Mahmudullah and Afif Hossain put on a 39-run stand.

In back-to-back deliveries, medium pacer Brad Evans changed the game in their favor, dismissing Mahmudullah for a run-a-ball 27 and skipper Mosaddek Hossain for a duck.

During a 34-run stand, Afif and Mahedi Hasan carried the Tigers' hopes. When Mahedi fell in the 19th over following a 17-ball 22, the equation began to unravel.

With 19 runs needed off the last over, Afif, who stayed unbeaten on a 27-ball 39, was unable to make the vital huge hits, and the Tigers fell short by 11 runs, reaching 146 for eight.

Earlier, Ryan Burl smashed five sixes in a 34-run over, in the 15th over of the innings bowled by Nasum Ahmed, Burl hit four successive sixes followed by a four and a six to take 34 runs in the over, the joint-second most runs scored in an over in men's T20Is.

The left-hander also broke his own record for most runs in an over by a Zimbabwe batter. He had earlier hit Shakib Al Hasan for 30 runs in an over in a T20I in Mirpur in 2019.

Burl's rampage helped Zimbabwe achieve a competitive score of 156 for eight despite losing wickets in bunches in the middle overs. Burl and Luke Jongwe put on a 31-ball 79-run stand for the seventh wicket.

Burl scored his second T20I fifty, a quick 28-ball 54 packed with six maximums and two boundaries, while Jongwe contributed a 20-ball 35 to Zimbabwe's cause.

Bangladesh's pacer Mustafizur Rahman and skipper Mosaddek Hossain were both key with the ball, allowing 22 runs in four overs for a wicket each.