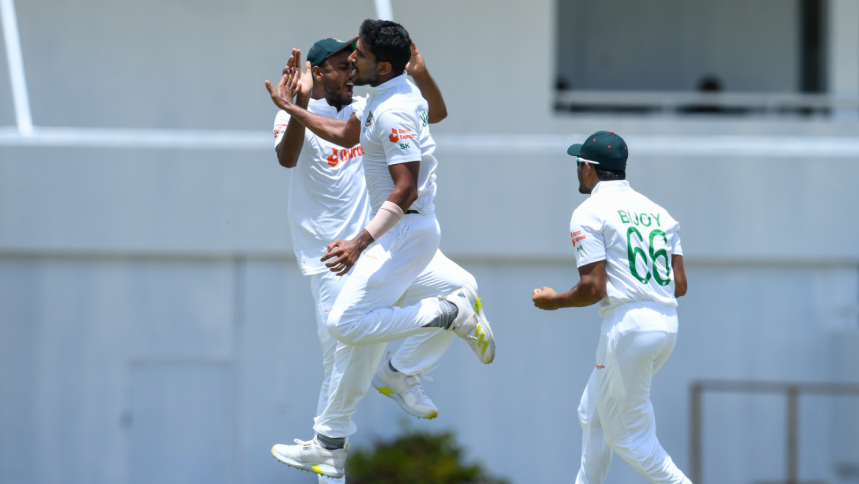 Khaled Ahmed got a fifer for the first time in his career during the first innings of the second Test against the West Indies in St Lucia yesterday. The wicket of centurion Kyle Mayers on day three meant a lot to Khaled because it meant his plan had worked.

Khaled's slower delivery confused Mayers, who played his shot too early and was trapped at mid-on after a fantastic 146 off 208 deliveries.

"Every wicket was special for me since I got five wickets for the first time. Specially the wicket of Mayers was the result of hard work. I had been trying from yesterday to get him out and today thankfully I got him out with my slower delivery. It feels good that I could get him out with a plan,” Khaled said regarding his first five-wicket haul in an innings during the press conference after day’s play.

Khaled had taken four wickets in an innings on the South African trip, and he wanted to capitalize on the opportunity this time.

"Feeling really good that I got five wickets after a long time. I have tried for a while on how to go about taking five wickets. There was an opportunity before but I missed that and this time my wish was that it will happen this time. It feels good and I will try to continue," he added.

However, Bangladesh are staring at down the barrel of another defeat with just four wickets left in their second innings, still trailing by 42 runs.