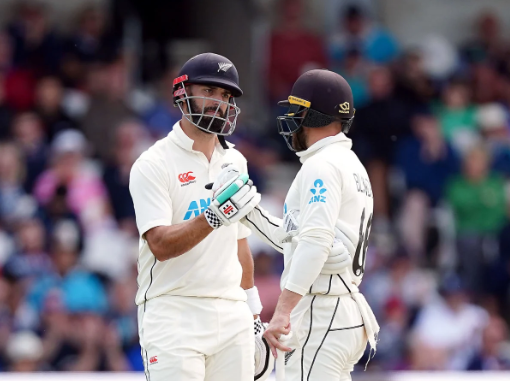 New Zealand's Daryl Mitchell and Tom Blundell joined a select group of players when they posted their fourth century partnership of a Test series on Sunday.

Only four other pairs have performed a similar feat, with Australia's David Boon and Mark Waugh sharing five hundred stands during the 1993 Ashes series in England.

New Zealand's sixth-wicket duo put on 113 on the fourth day of the third Test against England at Headingley on Sunday before Mitchell was lbw to Matthew Potts to leave the Black Caps 274-6 in their second innings, a lead of 243.

That also shared a stand of 120 in the first innings of this match which followed their partnerships of 195 and 236 at Lord's and Trent Bridge respectively.

Yet despite all of Mitchell and Blundell's runs, World Test champions New Zealand are currently 2-0 down in a three-match series.