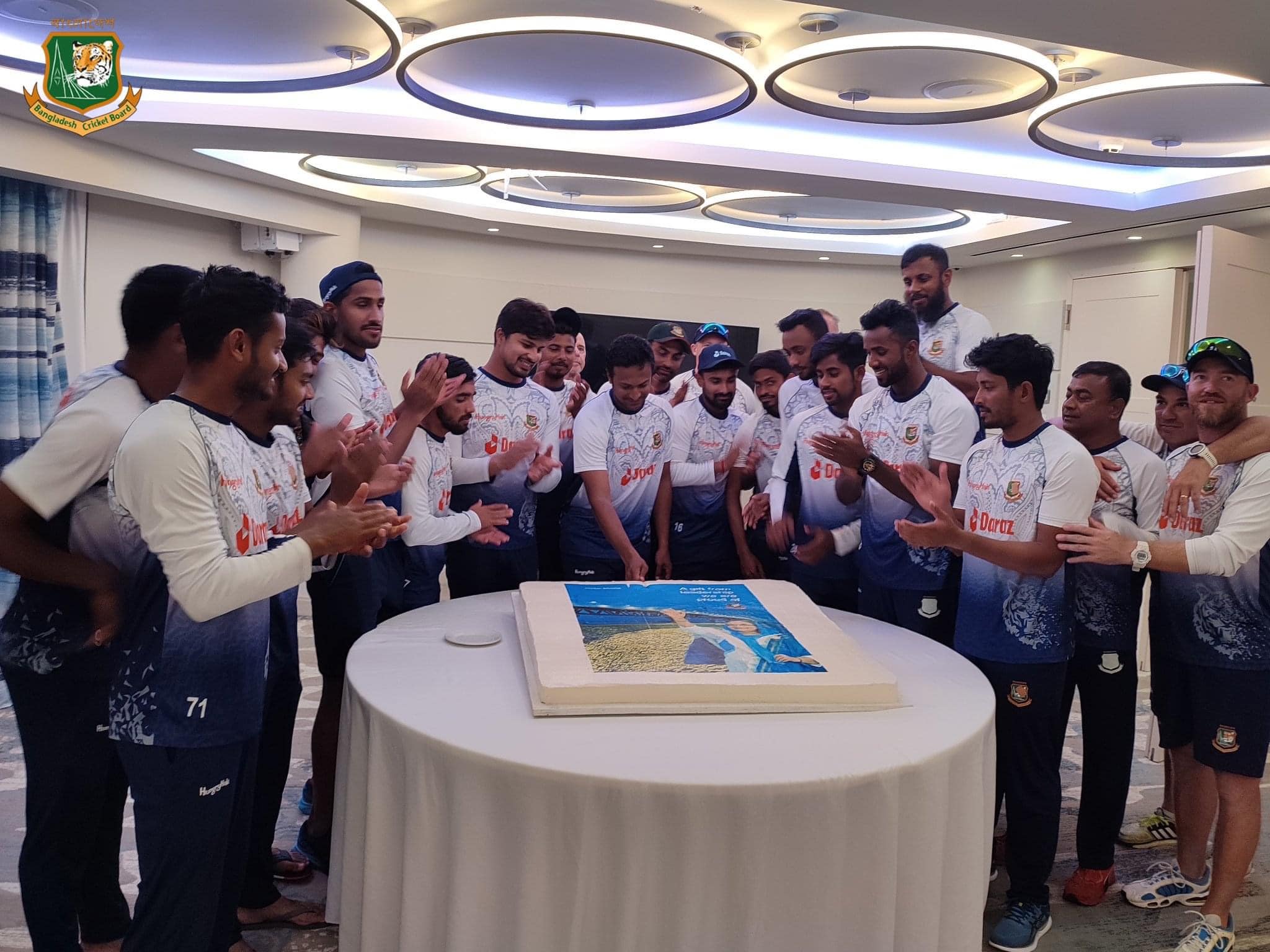 The 6.15km bridge, which has already been lauded as a major scientific achievement across one of the world's most difficult rivers, is considerably more than just a structure for the people of this country.

The Bangladesh cricket team is ten thousand miles away from where history was made today, but it didn't stop the Tigers from celebrating the Padma Bridge's inauguration from their end.

Following a tough day's play on day one of the series' second and final Test in Gros Islet, the Bangladesh team and coaching staff gathered to celebrate the construction of the Padma Bridge by cutting a massive cake with the imprint of Bangladesh's Prime Minister Sheikh Hasina and the Padma Bridge in the background.

"Countless thanks to Honourable Prime Minister Sheikh Hasina, especially from the people of the southern parts of Bangladesh. In my opinion, this [Padma Bridge] will be the biggest contributor for the development of the country's south," said Shakib in a video message posted by the Bangladesh Cricket Board.

"And it [construction of the Padma Bridge] was the dream of the entire Bengali nation, which became possible and the credit goes to the Honourable Prime Minister. Here's hoping that the Padma Bridge will drive the Bangladesh economy towards further prosperity." added the Test skipper.

"In my opinion, it [construction of Padma Bridge] is a massive achievement for Bangladesh. There was a time when we thought whether the Padma Bridge would be constructed or not. But numerous thanks to the Prime Minister since it was for her dedication and effort which made it possible," said the dashing opener.

"I will also give a lot of thanks to the ones who were involved with the project, especially the workers. All I've to say is that what you've accomplished will be forever remembered by the Bengali nation. Again, from me and the Bangladesh cricket team, many, many thanks to the Prime Minister." Tamim further said.

A wave of emotion, excitement and pride of the Padma Bridge also hit at the 'Home of Cricket'.

The Bangladesh Cricket Board (BCB) joined digitally the inaugural ceremony of the Padma Bridge on Saturday from Sher-e-Bangla Stadium, Mirpur. BCB President Nazmul Hassan Papon, many of the board directors and board officials were present at the event.

The camp of Bangladesh Tigers is going on at Mirpur Stadium. Cricketers Soumya Sarkar, Imrul Kayes, Naeem Islam, Al-Amin Hossain, Kamrul Islam Rabbi and other cricketers and coaches were also present at the camp.