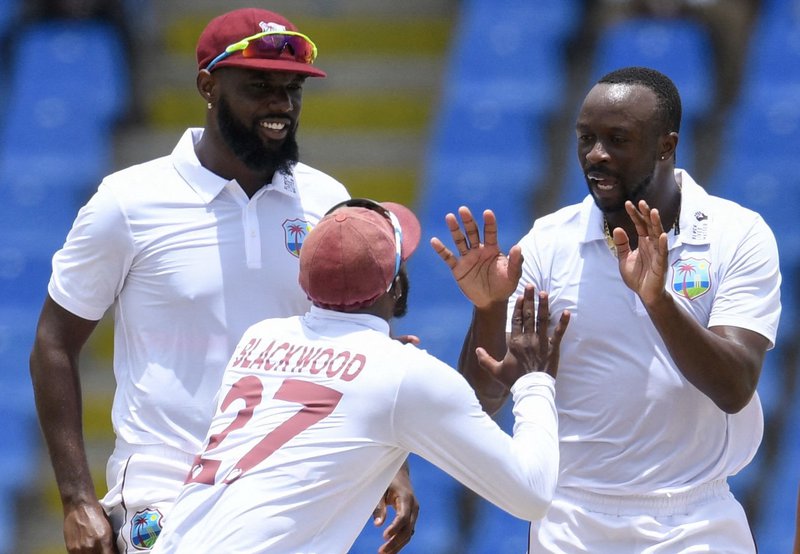 West Indies' lead selector Desmond Haynes described Kemar Roach as a "legend" as the fast bowler was named in an unchanged squad on Wednesday to take on Bangladesh in the second Test which starts in Saint Lucia on Friday.

Roach returned match figures of seven for 74 -– including a decisive five for 53 in the second innings -- as West Indies won the first Test at the Sir Vivian Richards Stadium in Antigua by seven wickets at the weekend.

That haul took Roach, 33, to 249 Test wickets, joint sixth alongside Michael Holding, on the West Indies all-time list of wickets-takers.

“Kemar is a legend," said Haynes. "He has done really well for West Indies. He made a great start to his career, then had some injuries, then he worked his way back and is our leading bowler.

"He’s among the best in the world. I am very pleased with his performances, not just on the field, but the way he had been guiding the younger players and the way he has been interacting with the other members of the team."

Victory in the first Test, which follows a 1-0 series win on home soil in March against England, came on the back of solid all-round displays from the batters and the bowlers, prompting the selectors to keep faith with the same squad as they head to the Daren Sammy Stadium in Gros Islet, Saint Lucia.

"It was a very good victory in Antigua," said Haynes.

"The team played really well and must be feeling really confident heading into Saint Lucia for the second match.

"We have a group of players who are very disciplined and are giving 100 percent. Great credit to our bowlers who worked really hard in the first Test match.

"We can’t take Bangladesh lightly, they also bowled really well and were quite disciplined. I know we will try our utmost to win the second match.”