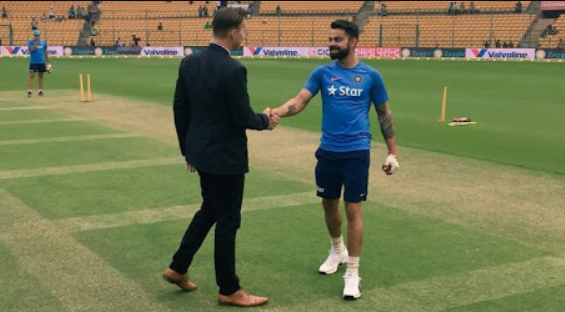 Former Australia seamer Brett Lee has discussed Big Bash League’s privatization in order to go to the next level as he also suggested the concept of co-ownership.

Lee cited the possibility of Indian captain Virat Kohli playing for the Sydney Sixers, saying it would improve the reach of the sport in the country.

“You could have co-ownership, and Cricket Australia could retain 51% and still control things, but with that extra funding, I think you could get some high-profile stars to come out. I am talking about the Virat Kohli. Imagine Kohli playing for the Sixers and the crowds you would get. I am impressed with the Big Bash. They have done a great job. But to reach the next level, you would have to do that,” said Lee to The Courier-Mail.

CA is also preparing for an offshore draft for next season. However, it is still dependent on the country's epidemic status.

Brett Lee believes the draft will be a positive step forward since Australia and the BBL have "earned" the right to host the world's greatest players.

The owners of the Rajasthan Royals are interested in investing in the BBL if it is privatized, according to Australian media outlet News Corp.

One of the IPL franchises who openly spoke about their interest in BBL getting privatized is Rajasthan Royals. The Royals have already secured their stake in the T20 league in South Africa, the Caribbean, and the UAE.

“I hope they can take a leaf out of what’s happened with the IPL because Australia is such a massive cricketing superpower, and there is no reason why the Big Bash should not be up there (as a top league).” Ravneet Gill, RR’s advisory board member, told News Corp.

“It just needs a bit of rejuvenation. I think the BBL needs a shot in the arm and my sense is privatization could be the catalyst. If it takes that path, I think there would be a lot of interest from Indian investors,” he added.

The BBL, which debuted in 2011, is the world's second most successful league, trailing only the IPL.

However, the income of the two leagues are vastly different. The winning team in the IPL wins 20 crores, compared to 2.45 crores in the BBL.

One of the reasons BBL trails IPL and struggles financially is that it is a public entity. Cricket Australia owns and operates the BBL entirely (CA).

Hence, privatizing the league could ensure financial help worth $500,000 to $700,000. This would help the league sign more international stars and increase viewership.

Cricket South Africa is also coming up with their privatized T20 League starting in January.