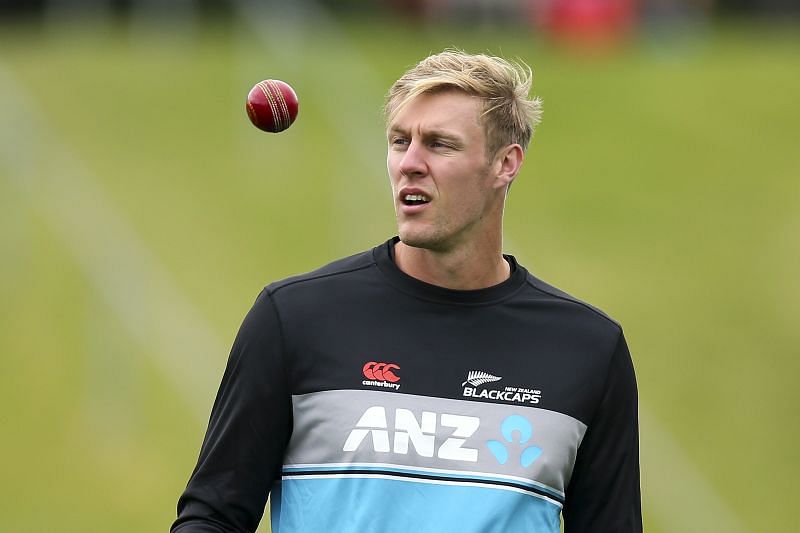 New Zealand paceman Kyle Jamieson said the tourists were making fresh plans to combat star batsman Joe Root as they bid to draw level in their three-Test series away to England.

The Black Caps, the reigning World Test champions, are 1-0 down in a three-match series heading into Friday's second encounter at Trent Bridge.

And that's mainly because former England captain Root made an unbeaten hundred to guide the hosts to a five-wicket win in the first Test at Lord's completed Sunday.

That fourth-innings knock of 115 not out also catapulted Root back to number two in the latest edition of the International Cricket Council's Test batting rankings published Wednesday.

Root remains just behind Australia's Marnus Labuschagne, but three places above New Zealand captain Kane Williamson, and could go into top spot if he is in the runs again in Nottingham this week.

"He was probably the difference in the game in the end, he certainly batted pretty well," Jamieson told reporters at Trent Bridge on Wednesday.

"We will certainly go away and make some plans. We've had some conversations already around how we want to attack him."

There was good news for Jamieson too in the ICC rankings, with the 27-year-old -- whose stellar start to his international career has yielded 72 wickets in 15 Tests at a miserly average of under 19 apiece -- climbing back to third place in the bowling standings behind Australia's Pat Cummins and India's Ravichandran Ashwin.

"I'm just trying to learn and grow as a cricketer, so whatever those numbers spit out I'm just happy to be part of this side," said Jamieson.

"We were probably a moment or two away from winning the last game, so we'll stay focused on what we do well and if we do that I think we'll be alright for this one."

Thanks mainly to Root, England were able to overcome one of their all too familiar top-order collapse as they enjoyed just a second win in 18 Tests.

But opener Alex Lees, once nicknamed 'Haydos' during his early days at Yorkshire in honour of Matthew Hayden by Jason Gillespie, who played in the same Australia side as the powerful opening batsman, did show glimpses of his talent at the 'Home of Cricket'.

Lees, now at Durham, has a top score of 31 from eight Test innings, but second time around at Lord's he hit four well-struck boundaries on his way to 20.

The 29-year-old knows, however, that he will need bigger scores to secure huis place in the England team.

"Last week was probably the most fluent innings I've had to date, I was pleased in the manner I played but the obvious thing is that I have to take that and turn it into a substantial innings," said Lees. "If you can get a good 20, you know you can probably make 60, 70, 80. I keep getting in and out which is frustrating."