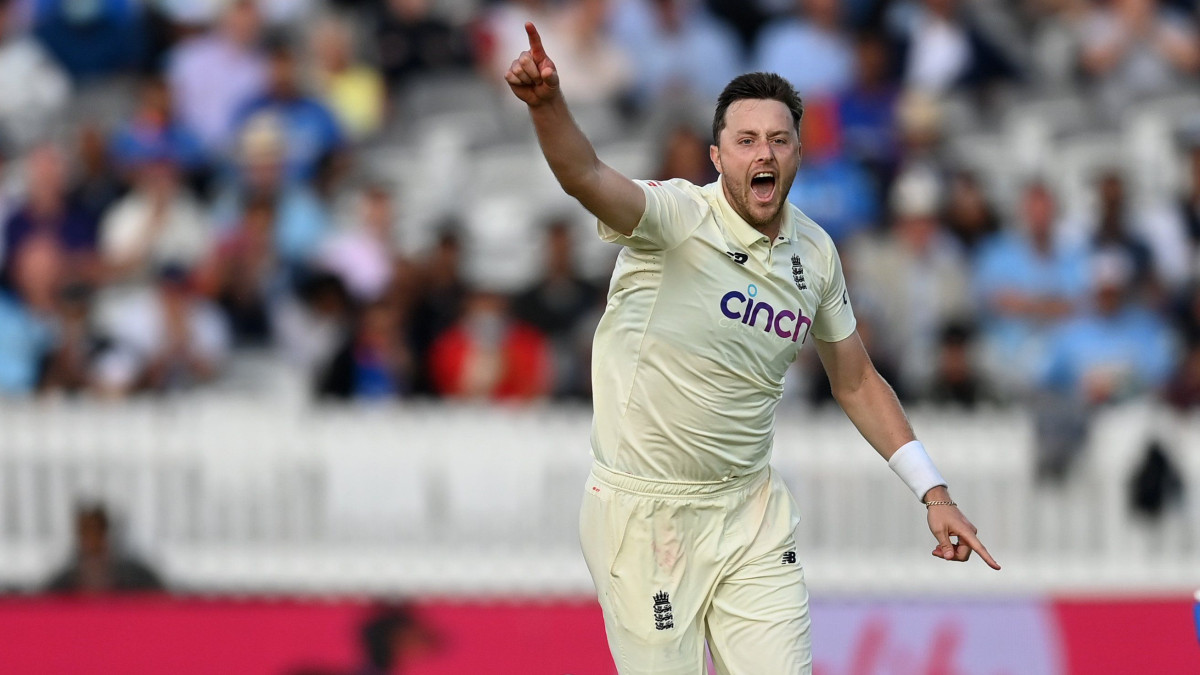 England paceman Ollie Robinson is set to miss at least the next three Tests as he continues to struggle with a back injury.

Robinson has not played for England since making the last of his nine Test appearances in the Ashes finale in January and missed the subsequent tour of the West Indies with back spasms.

His injury problems have persisted during the ongoing English season, together with a positive case of Covid-19, and reports in the British media suggest the most recent scan proved inconclusive.

The 28-year-old Sussex quick has had an injection to ease the pain and is expected to be missing from action for another three weeks at least.

He is unlikely to be fit for the series finale at Headingley or the one-off Test against India at Edgbaston in July.

Several England quicks have been sidelined by stress fractures in recent months, including Jofra Archer, Saqib Mahmood, Matt Fisher and Olly Stone, but Robinson is not thought to have a similar injury.

And there remains the possibility he could yet be fit in time for a three-Test series at home to South Africa in August and September.