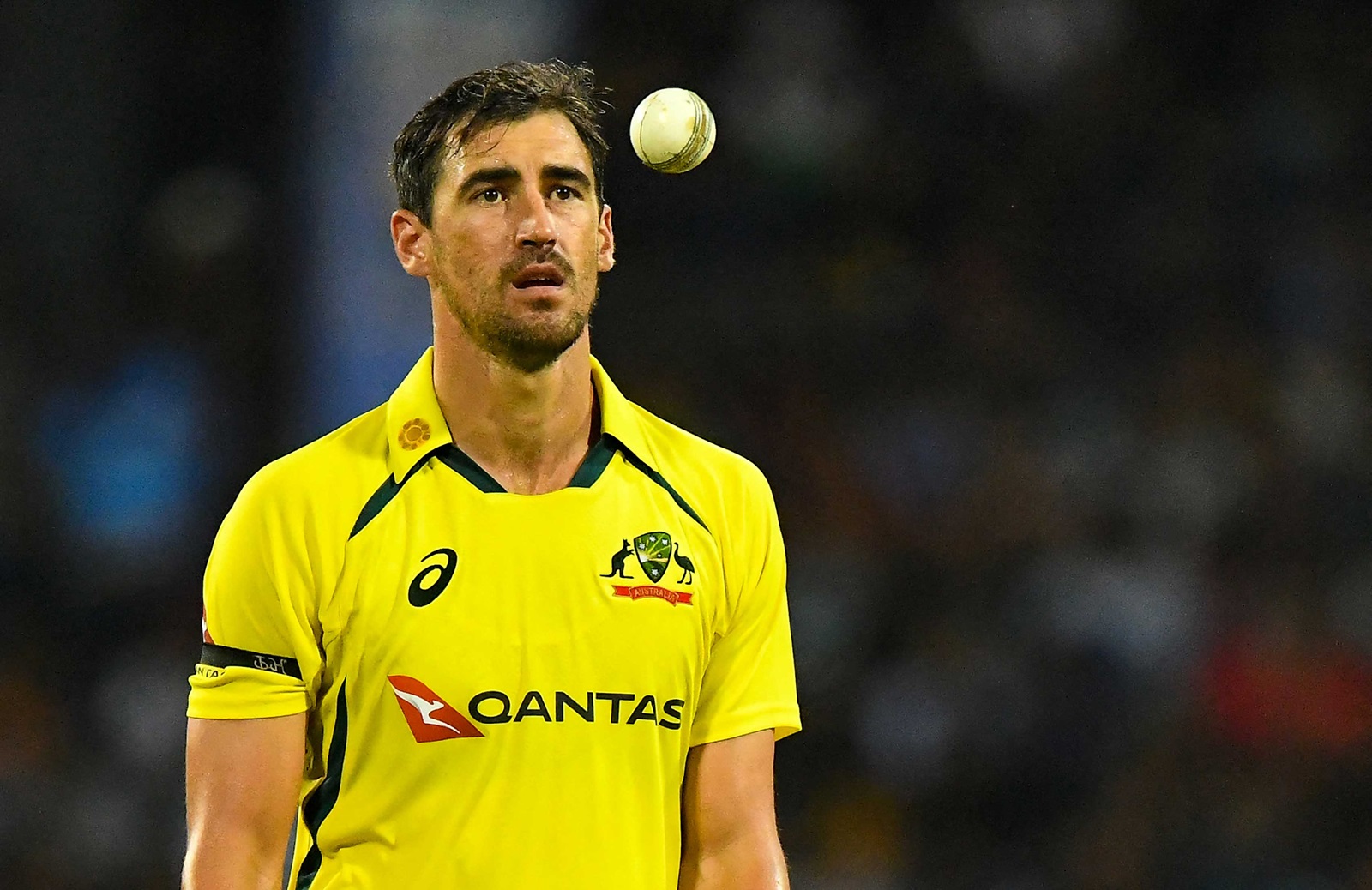 Australia will be forced into at least one change for tonight's second T20I against Sri Lanka as speed star Mitchell Starc ruled out due to a bizarre finger mishap.

During the first over of the tourists' 10-wicket win at R. Premadasa Stadium in Colombo, Starc sliced the index finger of his bowling hand on his shoe spike.

After the sixth delivery of the match, which was a leg-side wide, the left-armer needed on-field treatment, but he finished the over and his four-over session, collecting 3-26.

Last night, the 32-year-old was allowed to tape his finger because it was injured during the game, but that will not be the case for tonight's second T20 of the series.

"It was a strange one. Once his left leg came back through, he clipped it on the spike, so he's got a little cut on his bowling finger,” player-of-the-match Josh Hazlewood told cricket.com.au.

Starc's injury opens the door for Jhye Richardson's return to international cricket after his namesake Kane was preferred in the series opener.