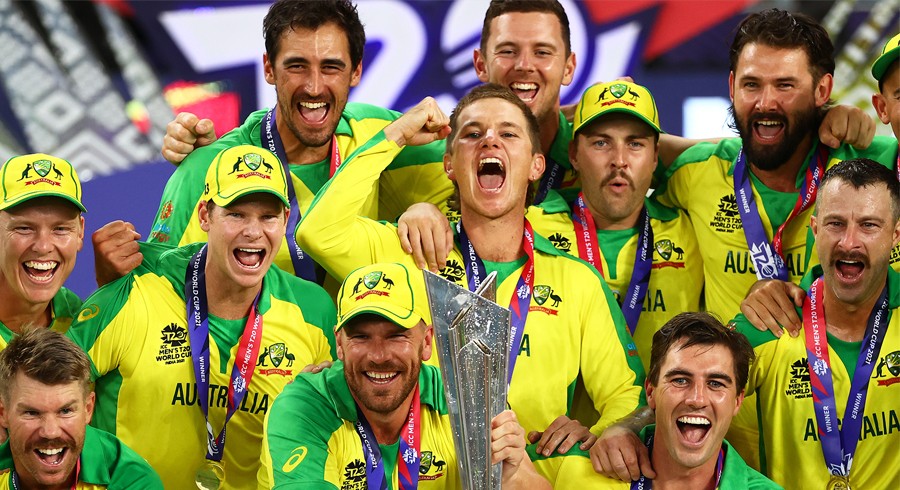 Cricket Australia unveiled a bumper home fixture list on Monday with eight bilateral men's series against five different opponents either side of their defence of the T20 World Cup.

The marathon five-month schedule starting in August will thrust the Australian men's team into at least 27 games in front of home supporters rising to 29 if they reach the T20 World Cup final in Melbourne on November 13.

International cricket will return to Perth for the first time since 2019, with the city's new stadium to host the first of two Tests against the West Indies from November 30 with the second a day-night match in Adelaide.

Three Tests against South Africa will follow, starting in Brisbane on December 17 with the Proteas playing the Boxing Day and new year Tests in Melbourne and Sydney for the first time in 13 years.

South Africa's tour is to conclude with three one-day internationals, but the January dates remain unconfirmed after an "eleventh-hour" request from Cricket SA to have them reconsidered.

The unseasonably early start in August is to accommodate two previously postponed one-day international series against Zimbabwe and New Zealand.

The Zimbabwe series, twice delayed by Covid-19, sees all three games at Riverway Stadium in Townsville in Queensland from August 28.

New Zealand will play their three matches at an unfamiliar North Queensland venue, Cazalys Stadium in Cairns, 18 years after it was last used for international cricket.

Twenty20 series against the West Indies and England will precede the T20 World Cup which will finally start on October 16 after a delay of two years because of the pandemic.

A three-match 50-over series against England has been shoehorned into October, before Australia's five Tests are played in the space of 40 days.

No room has been found for the men's postponed fixtures against Afghanistan after the scheduled inaugural Test between the nations was called off last year due to the Taliban takeover, which cast doubt over that country's commitment to women's cricket.

Both national teams will also travel to India for T20 series -- the men will play three matches in September while the women's side will travel for five matches in December.

Cricket Australia said the women's reduced home schedule was due to several factors including the Commonwealth Games in England in July-August and to have the players fresh for their T20 World Cup defence in South Africa in February.