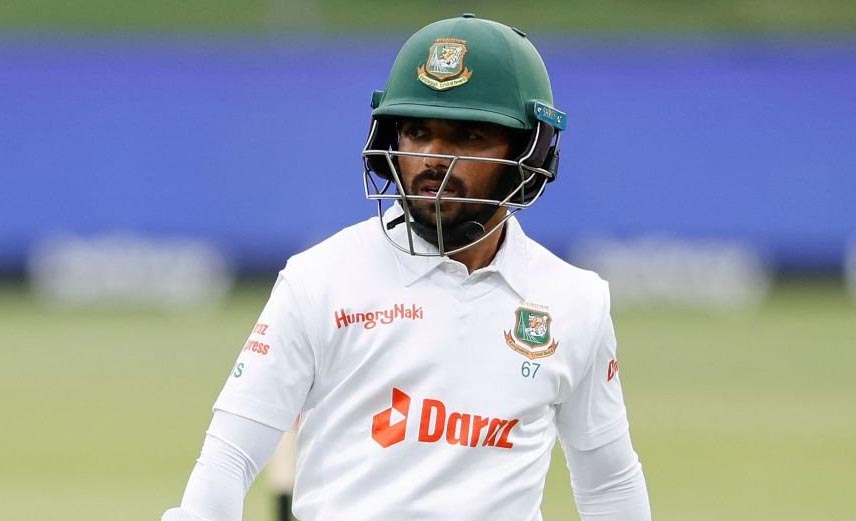 Bangladesh Cricket Board (BCB) team director Khaled Mahmud Sujon opined that Mominul Haque should step down as Test captain if he feels pressed to focus on his batting.

Mominul scored just two off 19 deliveries and could not bat in the second session in the first Test of the Sri Lanka series. There was no change in his fortune in the next Test as well as he scored nine in the first innings and a duck in the second.

Sujan opined that Mominul should stand down if his form is affected due to captaincy. He also stated that his batting comes before his captaincy.

"If he doesn't perform well, it's natural to assume that the captaincy has hampered his form. He scored the most Test centuries for Bangladesh. His average was more than 50. When he stopped performing, the question arose. Only he can provide an answer," said Sujon.

"The big question is whether the captaincy has any effect. If there is an issue, we don't want him to captain. We want his batting, that's important,”

After the Bangladesh series loss to Sri Lanka, the team director questioned the cricketers' process. He also expressed disappointment that the team was unable to meet their benchmarks.

"Certainly not. Defeat in our condition....whatever the outcome, our process was not good. We can lose, and that is part of the game. But, regardless of the condition or the opponents, I would not say we performed to our expectations. There are several positive aspects. According to the results, we did not do well. The top order struggled in both innings of the Dhaka Test. How could it be the same in both innings?” he added.