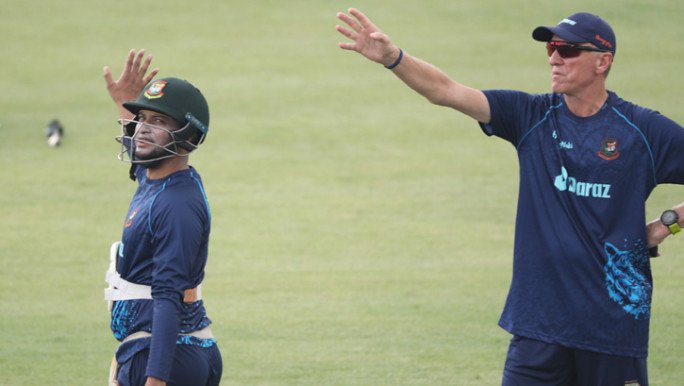 After day three of the second and final Test match against Sri Lanka at Sher-e-Bangla National Cricket Stadium on Wednesday, Bangladesh cricket coach Allan Donald was full of praise for Shakib al Hasan.

Donald, who admires Shakib as a bowler, stated that AB de Villiers, a previous destructive South African batter, says it's difficult to get down to Shakib, which the great South African pacer believes illustrates how difficult it is to face the Ace all-rounder.

With five wickets in hand, Sri Lanka came within 83 runs of Bangladesh's first innings total on a rain-affected day that saw only 50 overs of play.

“What more can you teach a bloke [Shakib] like that, is my question. Like Shane Warne, the guy is so experienced. He is well-traveled. He lands them on a string. I know him and [Bangladesh spin bowling coach Rangana] Herath have been quite close whenever they need a chat or two,” said former South Africa fast bowler Donald to the media at SBNCS Wednesday.

“It is nice to hear Shakib talk about spin bowling in his own world. I have been a great admirer of Shakib. When AB [de Villiers] says it is tough to get down to Shakib, then it must be tough. He is a smart operator. He changes his pace really subtly. He showed again, chipped away. Hopefully, he walks away with a five-wicket haul [Thursday]. It is awesome to have him in the team. His experience and leadership are priceless,” he added.

He didn't get any wickets the rest of the day, but he was praised for his discipline.

“Ebadat was outstanding [Wednesday]. You know when you see someone in the warm-up, and you know something about him will click. Scoreboard doesn’t reflect the way he bowled. He could have walked away with four or five wickets. That’s what the spell was worth. Khaled (Ahmed) hasn’t really got it quite right, but (Thursday) is a massive day. We need some early poles in the morning. The pitch too gives us a bit to work with every morning,” said Donald.