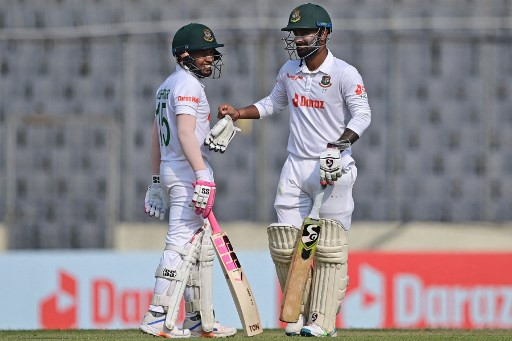 After scoring 88 in Bangladesh's lone innings, wicketkeeper-batter Litton has moved up three places to 17th place, while Player of the Match Mathews' knock of 199 in the first innings has moved him up five places to 21st place among batters in the list lead by Australia's Marnus Labuschagne.

Mushfiqur Rahim and Tamim Iqbal are two other Bangladesh batters who have advanced in the latest weekly rankings after producing centuries to help Bangladesh reach 465 runs.

Kusal Mendis (up four places to 49th) and Dinesh Chandimal (up six places to 53rd) of Sri Lanka have both improved after solid efforts in both innings.

Bangladesh all-rounder Shakib Al Hasan has inched up one place to 29th in the rankings for bowlers after finishing with four wickets at Ctg match.