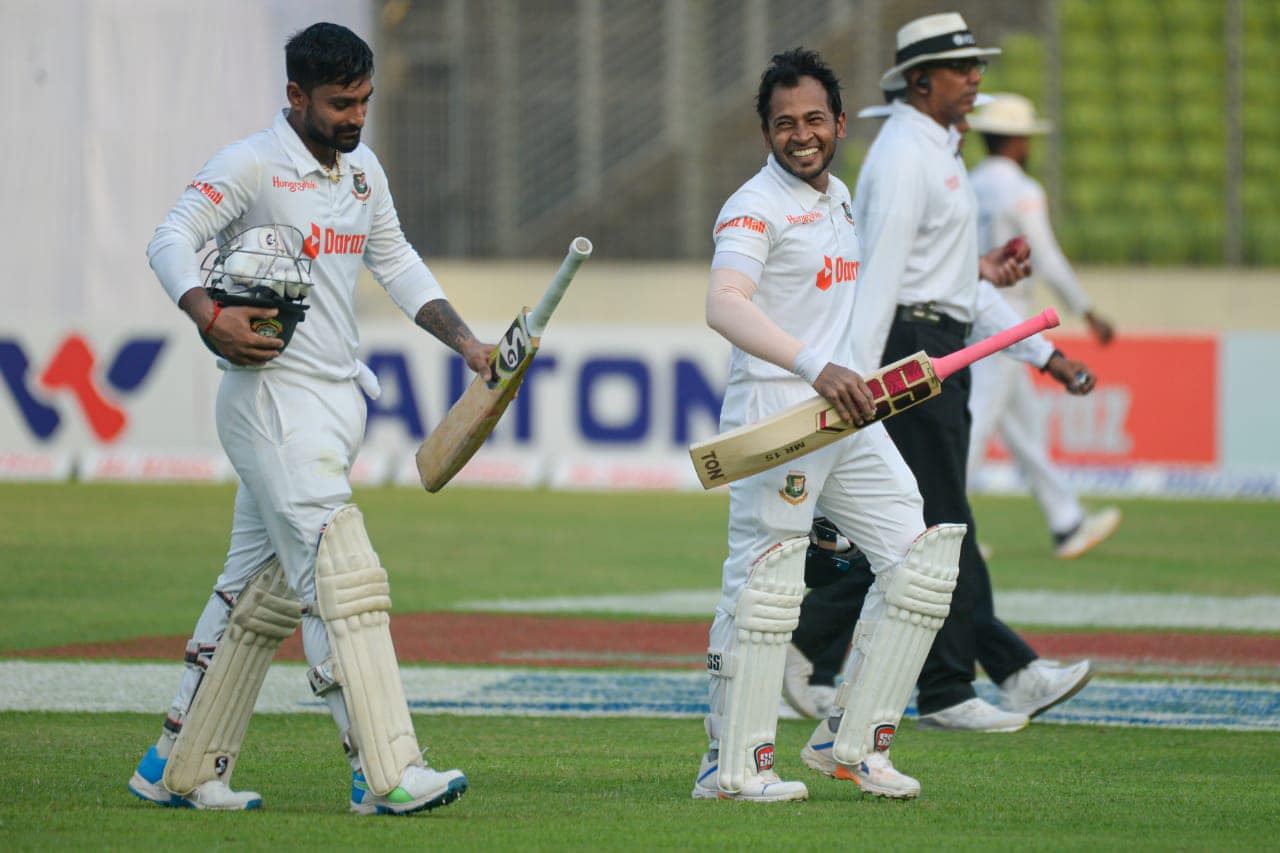 This partnership broke the previous record held by Pakistan's Wallis Mathias and Shujauddin Butt who put on an 86-run stand against West Indies in 1959 after the team slumped to 22 for five.

Wallis and Shujauddin had made the record at Dhaka. Mushfiqur and Litton's stand is also Bangladesh's highest sixth-wicket stand in Test cricket, going past the 191-run stand by Mohammad Ashraful and Mushfiqur, set in 2007 at Colombo against Sri Lanka.

The partnership is also the fifth highest in Bangladesh. If the duo manages to add 107 more runs it will be the highest ever in country. They will need another 147 runs to make it the best ever sixth wicket stand in Test history.