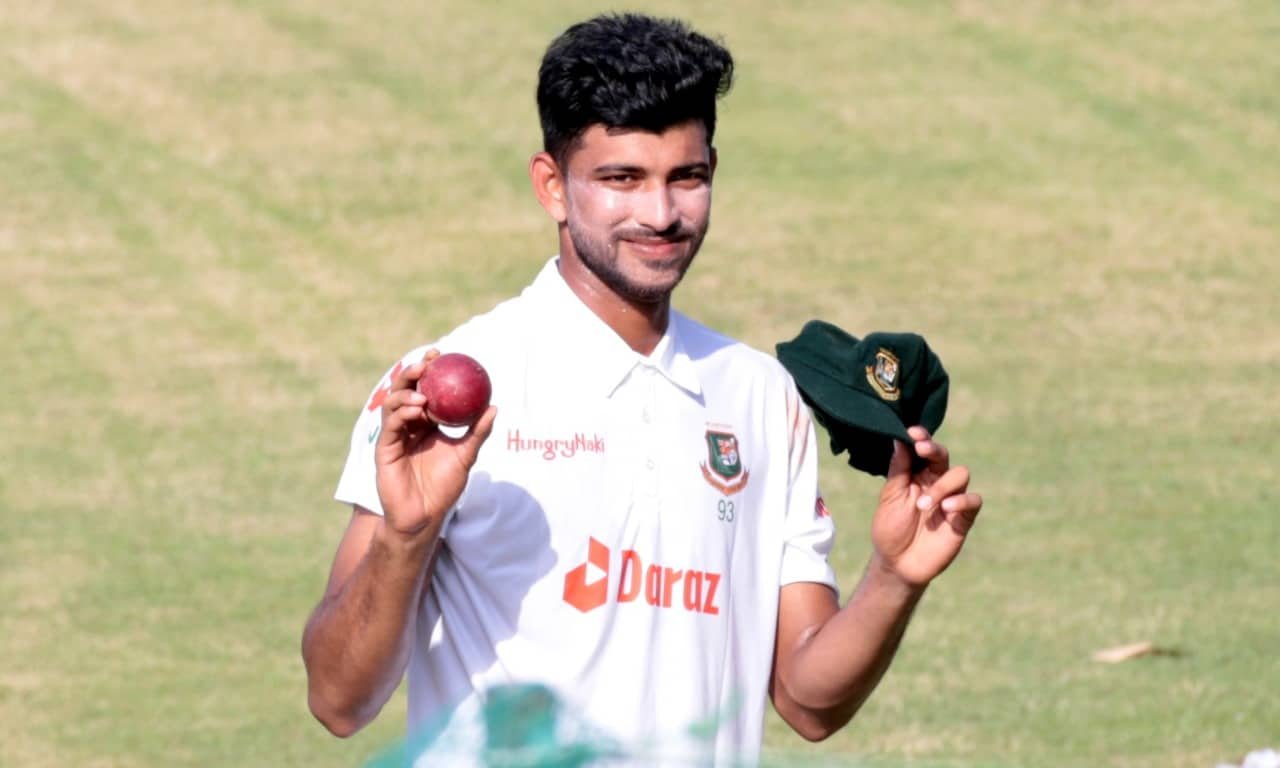 Bangladeshi off-spinner Nayeem Hasan made the most of his opportunity, bowling a career-best 6-25 against Sri Lanka in the first Test at Zahur Ahmed Chowdhury Stadium.

Nayeem can count himself lucky after making the playing XI against Sri Lanka due to Mehedy Hasan's sudden injury, which forced him to miss the ongoing Test series against the Lankans.

"There were times when I was with the team but Miraz (Mehidy) bhai was really playing well and so I did not get a chance. When I was injured all I was doing was keeping myself prepared so that when my time comes I can perform. All I was thinking (after getting a chance in the playing XI) was that when my time comes I will try to give my hundred percent irrespective of the result and that was my only focus," Nayeem said in the press conference.

Nayeem did not lose hope and continued to improve his bowling, with bowling coach Rangana Herath providing the most motivation during the period when he was overlooked for Mehidy.

"Herath always told me about my line and length and I did a camp in the Bangladesh Tigers and there I worked with Sohel sir on how to develop that (line and length). I don't bowl the doosra and all I try to do is bowl with different seam and the arm ball."

Shakib al Hasan, who got three wickets in the innings, shared his experience with the young lad on-field and helped Nayeem to focus on restricting runs more than anything else.

"I probably bowled with a lot of flight yesterday and tried too many things, but today I bowled a bit tighter. Shakib bhai told me not to panic if one run is scored and it is fine as far as boundaries are not scored, so I just decided to focus on restricting runs more than anything else," he said.