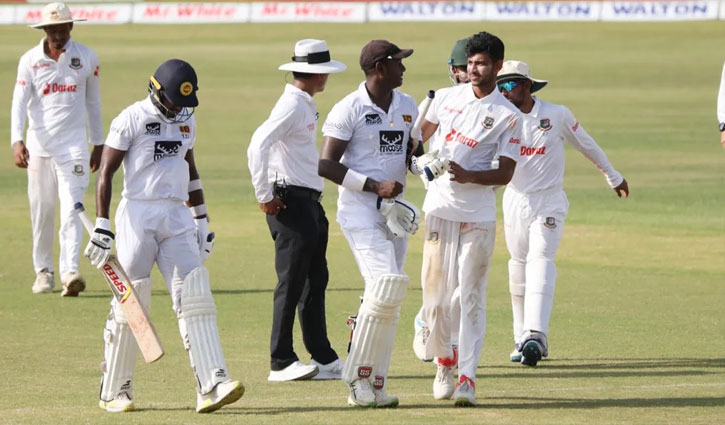 Angelo Mathews of Sri Lanka became the 12th batter in Test cricket history to be dismissed for 199 runs.

Mathews' heartbreaking achievement happened against Bangladesh on Monday at Zahur Ahmed Chowdhury Stadium, when he attempted to slog off-spinner Nayeem Hasan’s delivery but instead gave a catch to Shakib Al Hasan at square leg.

In his 397-ball effort, Mathews hit 19 fours and one six to help Sri Lanka total 397 before being all out in the opening innings of the first Test.

After Sanath Jayasuriya, he is the second Sri Lankan batter to reach 199 runs.

Players scoring 199 in an innings

*Andy Flower and Kumar Sangakkara were not out on 199