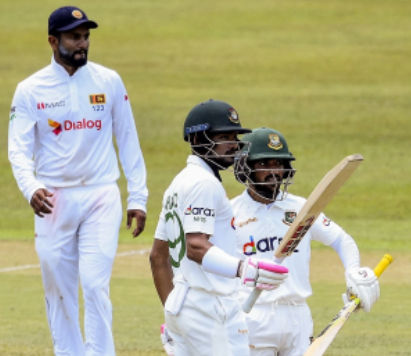 Mominul Haque led Test team is going to Chittagong on Sunday afternoon, after a week-long camp there, the Tigers will lock horns in the first Test against Sri Lanka on May 15. Before that, Bangladesh Cricket Board (BCB) president Nazmul Hasan Papon had a meeting with the national team coaches.

The coaching staff were enjoying the holiday at the end of the South Africa series. Russell Domingo, Rangana Herath and Alan Donald returned to Dhaka on Friday as Jamie Siddons came two days earlier.

Since everyone came back, the BCB boss has taken some ideas from the coaching staff before the start of the series. At the meeting, the coaches said that Test cricketers do not have the mentality to play for 10 consecutive days.

Referring to the coaches, Board President said, "One thing they (coaching staff) think is that the boys do not have the mindset to play for 10 days. We have to work on these,”

Despite fighting in the first Test in South Africa, Bangladesh have surrendered helplessly in the second Test.

To find out the reason of sinking, the board president said, "There has been a lot of discussions. One thing I noticed from the coaching staff was that they were giving me examples from the last 4-5 Test matches. We even played with Pakistan, the first Test was fairly competitive, but the second Test was a complete failure”

"They talked about some away games ... even New Zealand, South Africa, and a few more such games came up. We played the first Test fairly well. But I don't think we can do it in the second test” he added.

The Sri Lanka Cricket team arrived in Bangladesh on Sunday for a two-match Test series which is the part of ICC World Test Championship.