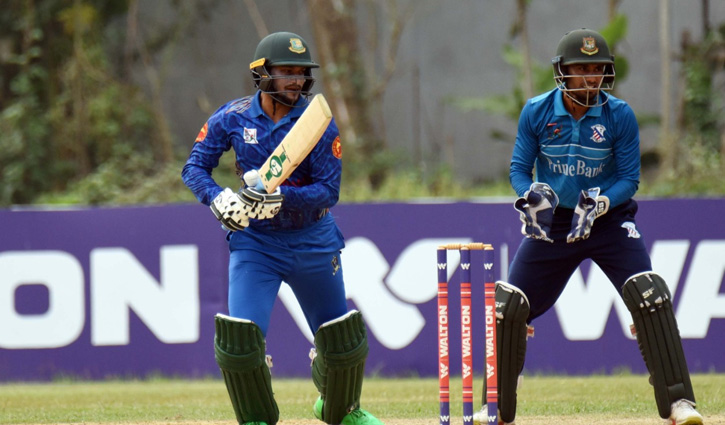 Chirag Jani bagged five wickets for the winning side to thump Gazi to only 97 runs in 29.2 overs.

Akm Husna Habib Mehedi was the highest run-getter for Gazi, he scored 32 off 50 deliveries. SM Meherob Hasan played a knock of 27 0ff 56.

Apart from Jani, Al Amin Hossain and Naeem Islam bagged two wickets each and Shakib got one.

Rupganj posted 293-9 after opting to bat first, Shabbir Rahman missed his ton for ten runs. He smashed 90 off 83 balls which featured 6 fours and 3 sixes.

Then Shakib played a stormy knock of 59 off 29, having struck 6 fours and three sixes while Naeem scored 42 in 68 balls.