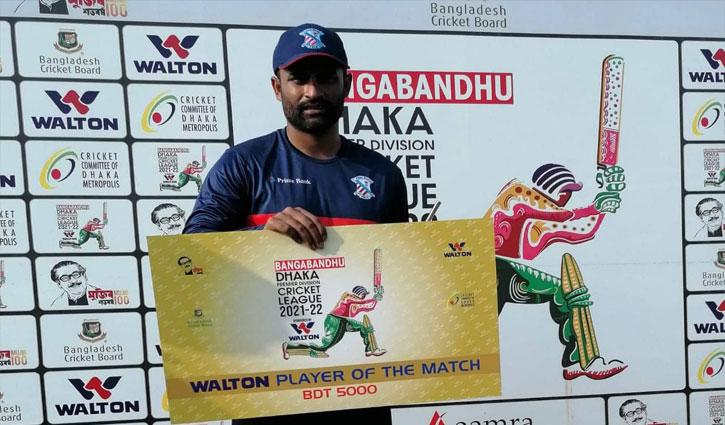 After losing the toss at BKSP 4, league leaders Jamal got off to a bad start, losing their opener Robiul Islam Robi for a duck and falling to 30-3 before losing half their side for just 86 runs.

Nurul Hasan Sohan, who hit a match-winning century in their previous match, scored 71, while Mehidy Hasan Miraz, who contributed with both bat and ball in his first match back from South Africa, added 47 to help them finish with 232-8.

Prime lost three wickets for 42 runs thanks to Taijul Islam.

Prime openers Anamul Haque and Tamim made it simple for the team by putting on a 121-run partnership in 21.4 overs.

Anamul, the tournament's leading scorer, hit another half-century with 52 off 66 balls, while Tamim smashed 90 off just 85 balls before being bowled in the 30th over with the score at 174.

Despite the loss, Jamal maintained a four-point advantage at the top of the table, since the second-placed Rupganj Cricket Club fell against Abahani Limited in another match, giving them 18 points with two matches remaining.