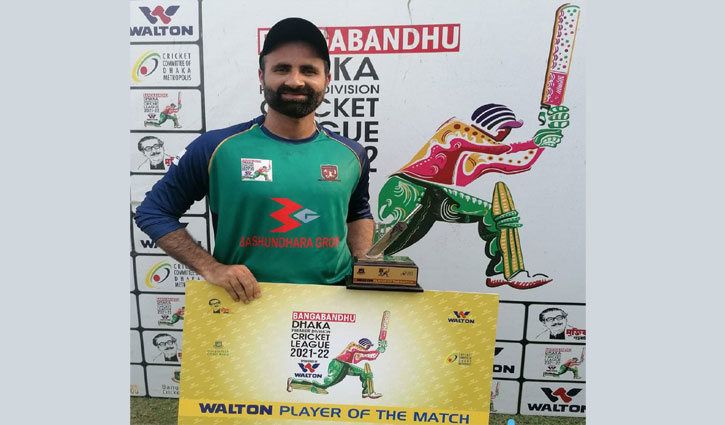 In the other match of DPL, Gazi Group Cricketers secured a last over-thriller against Prime Bank Cricket Club at the Sher-e-Bangla National Stadium in Mirpur. Mehedi Maruf’s 118 off 140 steered Gazi to win the match by 4 runs.

Chasing a below per 178, Sk. Jamal needed five wickets and 48.4 overs to chase the target.

Jamal batter Robiul Islam Robi smashed 57 in 88 deliveries which featured five boundaries and two sixes. Parvez Rasool was the pick of the bowling attack as he took five-fer with two maidens in his 10 overs.

Skipper Imrul Kayes and Saif Hassan played short innings of 24 and 26 runs respectively in the middle.

Batting first, Abahani lost wickets at a regular intervals and eventually could muster 177 losing all wickets. Shamim Hossain Patwary top-scored with 51 runs for Abahani. He faced 72 balls to play his innings with 8 fours.

Apart from Rasool, Sunzamul Islam picked up a couple of wickets and Robi took one for Sk. Jamal.