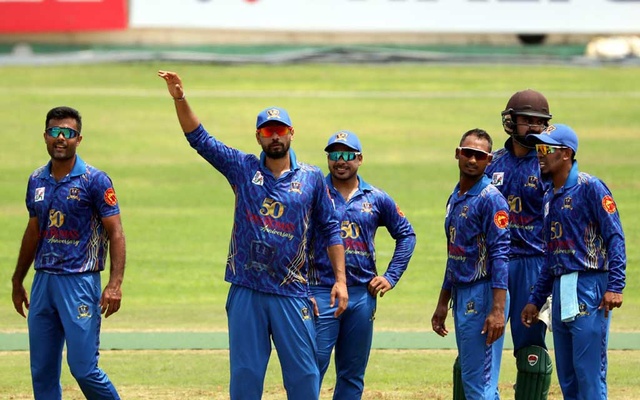 Mashrafe was the key bowler to restrict Khelaghar for 198 runs as he took 4 wickets. Rupganj won the match by losing 8 wickets in 49.3 overs.

However, Rupganj had to struggle chasing a small total. Irfan Shukkur and Sabbir Hossain returned to the dressing room within 15 runs. After that, Chirag made a 90-run partnership with Naeem Islam.

That was Chirag’s three consecutive fifty in the ongoing IPL. He scored 72 off 78 with 7 fours and 2 sixes.

After the departure of Chirag, Naeem (24) and Sabbir Rahman also returned quickly. Later, Rakibul Hasan Nayan and Tanbir Haider handled the danger. The two made a partnership of 45 runs.

Three runs were needed in the last over, 2 wickets were in hand. After playing three balls, Rupganj picked up the desired victory. Salman took 3 wickets in the game, while Masum Khan took two.

Earlier, Mashrafe demolished Khelaghar alone with 4 wickets. This is his 15th four-wicket haul (8-38-4) in his List 'A' career as he was adjudged player of the match.