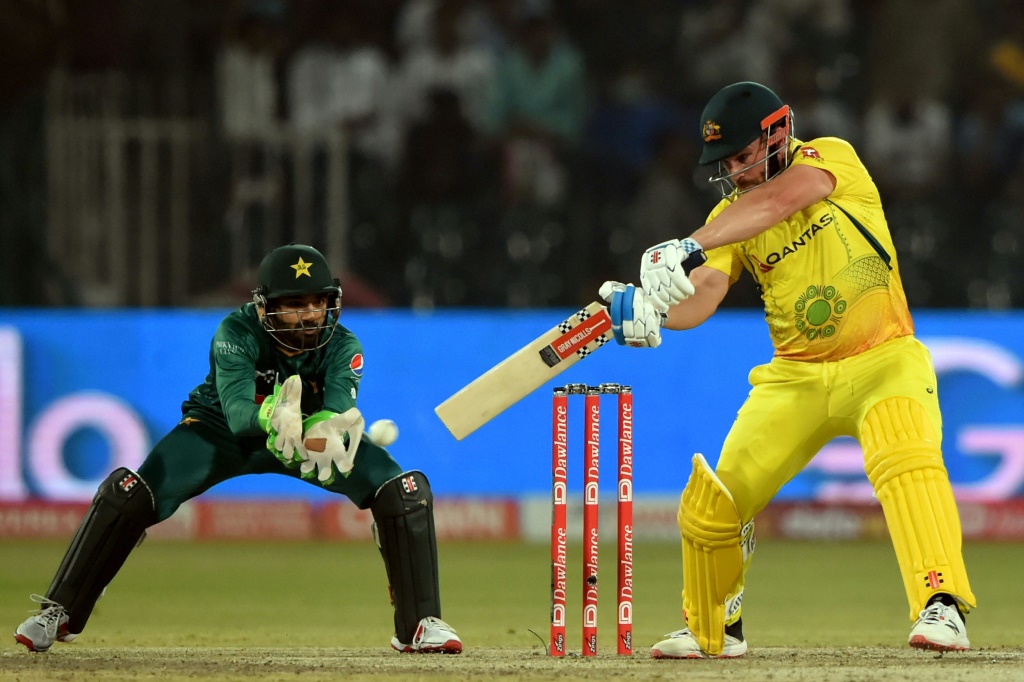 Skipper Aaron Finch returned to form with a half century and pace bowler Nathan Ellis took four wickets as world champions Australia beat Pakistan by three wickets in the only Twenty20 international in Lahore on Tuesday.

Finch, who had not scored a half century in the last 13 T20Is, ensured he not only removed doubts over his batting but also helped Australia overhaul the target in 19.1 overs for the loss of seven wickets.

When Finch holed out Australia needed just four runs and despite Sean Abbott fell for nought in the same Shaheen Shah Afridi over, Ben McDermott hit the winning boundary in his 19-ball 22 not out to achieve Australia's fourth successive win in T20Is against Pakistan.

Finch, who hit six boundaries, put on a brisk 40 for the opening stand with Travis Head (14-ball 26 with three fours and a six) and another 44 for the second with Josh Inglis who made 15-ball 24 with two fours and a six.

Pakistan did pull back with leg-spinner Usman Qadir (2-33) and pacer Mohammad Wasim (2-30) brought the home team back in the game.

But Marcus Stoinis (nine-ball 23 with five boundaries) and McDermott ensured they supplement their skipper to achieve the chase.

Azam, who hit back to back hundreds in Pakistan's 2-1 win in the one-day international series, put on 67 for the opening wicket with Mohammad Rizwan (23) after Australia sent the home team in to bat at Gaddafi Stadium.

But Green dismissed Rizwan with the fourth ball of his first over and Fakhar Zaman off a full toss next ball to pull things for Australia.

Azam drove Green for a four to bring up his 26th T20I fifty off just 33 balls. He smashed spinner Adam Zampa for a six but next ball holed out at deep cover.

Khushdil Shah chipped in with 21-ball 24 and Usman Qadir six-ball 18 not out as Pakistan managed 50 runs in the last five overs, losing five wickets.