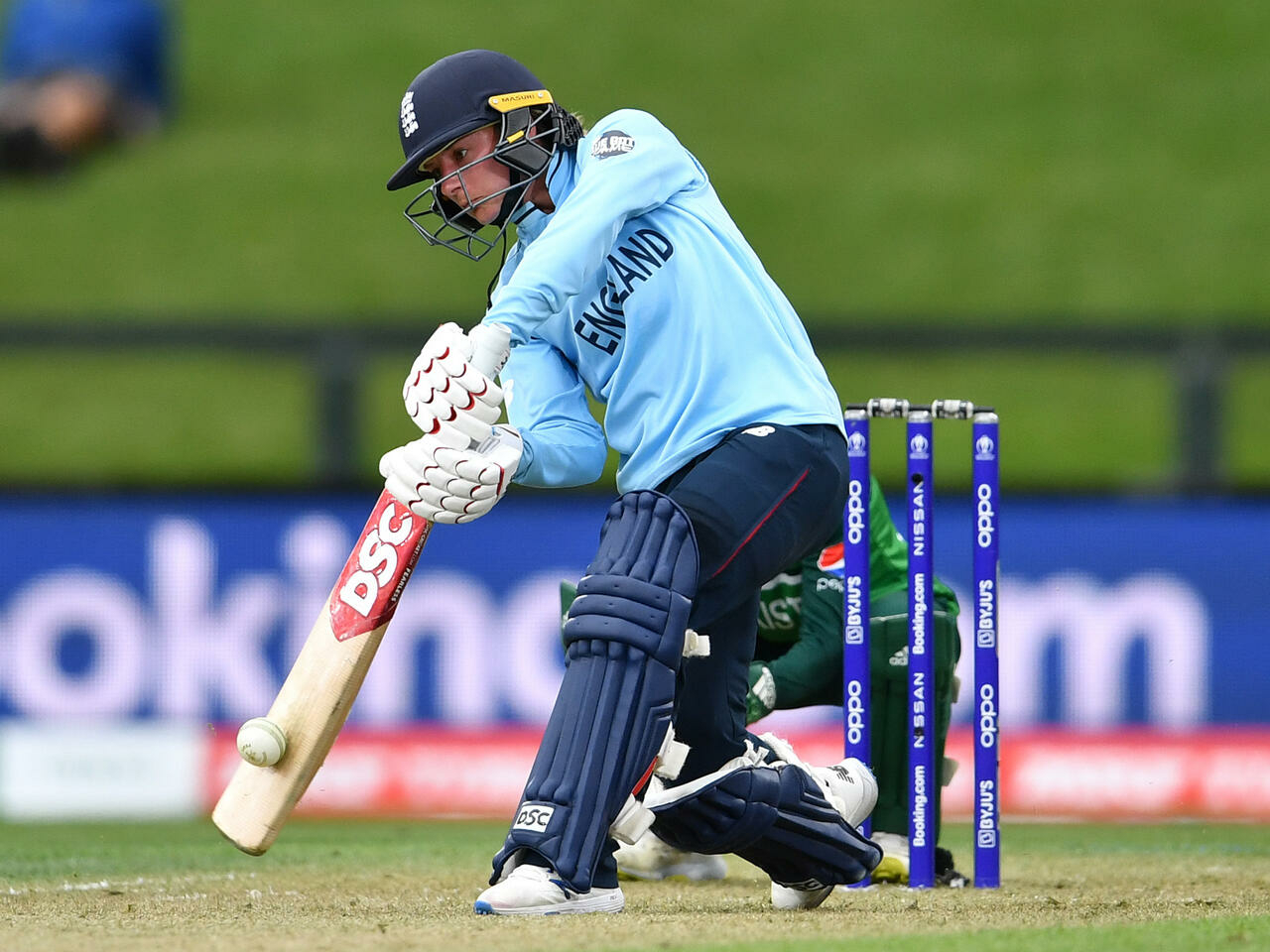 Defending champions England continued their Women's Cricket World Cup resurgence with an emphatic nine-wicket win over Pakistan Thursday to stand on the brink of the semi-finals.

England pace bowler Katherine Brunt roared back into form after an indifferent tournament, taking 3-17 as she and Sophie Ecclestone helped bundle Pakistan out for 105 in Christchurch.

Brunt had taken only one wicket in five previous matches at this year's one-day showcase but formed a potent attack with Ecclestone, who took 3-18.

Danni Wyatt then shook off her own tentative start to the tournament, smashing an unbeaten 76 to see England home.

The result moves England into the top four at the expense of India on a better net run rate and they can confirm a place in the semi-finals with victory over Bangladesh on Sunday.

Captain Heather Knight said the 2017 champions were building momentum after making a disastrous start to the tournament with three straight losses.

"It's about reminding the girls that it's not how you start, it's how you finish," she said.

"We're not there yet and we've got a big game coming up against Bangladesh."

England made the perfect start after putting Pakistan into bat when Brunt dismissed opener Nahida Khan with the first ball of the innings, coaxing an outside edge that went straight to first slip.

Pakistan captain Bismah Maroof then threw away her wicket when she was run out for nine trying to sneak a second run to square leg.

The run rate slowed to a crawl and Pakistan were 33-3 when Omaima Sohail was also run out on 11 with a direct hit from Tammy Beaumont.

Sidra Ameen tried to rebuild but was bowled for 32 and Sidra Nawaz was the only other batter to offer resistance, making 23 as Pakistan were bowled out for 105 in 41.3 overs.

Maroof said Pakistan's batting was too tentative and they need to adopt a more positive approach.

"We need to believe in ourselves, that's important," she said.

"We have hitters who can play shots but you have to back yourself and apply yourself in the middle."

Rain meant play was abandoned in Thursday's other scheduled match between South Africa and the West Indies in Wellington, with South Africa advancing to the semi-finals after each side received one point.

The "no result" lifted West Indies to third in the table on seven points after completing their group matches, but they will have to rely on other results to remain in the top four and make the semi-finals.

England and India, fourth and fifth in the standings, can both overtake the West Indies by winning their final matches on Sunday, against Bangladesh and South Africa respectively.