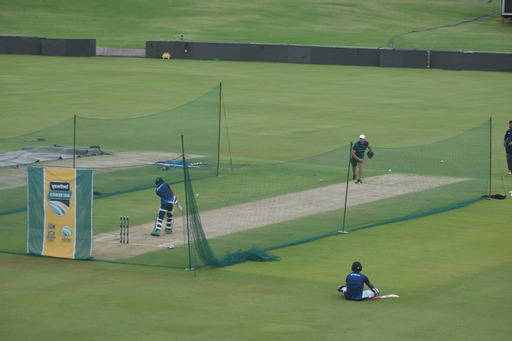 In 20 years, South Africa has never given Bangladesh a chance to win at their home ground but as ODI captain Tamim Iqbal stated before leaving Dhaka and head coach Russell Domingo said two days before the first ODI in Centurion, they have come with more than hope even they are considering themselves underdogs.

Bangladesh will always be inspired by Mount Maunganui's miracle, and despite the fact that it was only a Test victory, they will strive to recreate that calm and confidence and push harder than ever before to win their first ODI in South Africa.

Bangladesh had not won a Test against New Zealand in 21 years. They had never won a match, across formats, the 32 times they had faced New Zealand in New Zealand. Then, they went ahead and made history as they’ve won with the help of Ebadot Hossain’s heroics by eight wickets.

On Friday, the series kicks off with a day-night game at SuperSport Park in Centurion.

The tourists have batting depth, especially now that star all-rounder Shakib Al Hasan has reconsidered his initial intention to sit out the tournament.

It allows Tamim to stay with his tested frontline bowling lineup of five bowlers. Mehidy Hasan Miraz and Afif Hossain will provide depth to Bangladesh's batting line-up at Nos. 7 and 8, which is something the team has often desired when touring bowler-friendly countries like South Africa.

The recent form of Liton Das and Mushfiqur Rahim adds to the sense of Bangladesh hope. Taskin Ahmed, who has started to bowl well in the middle overs, and Shoriful Islam, who is back in the country where he led Bangladesh to their first Under-19 World Cup triumph two years ago, are both interesting fast bowlers.

They also have local experience thanks to head coach Russell Domingo, who formerly coached South Africa, bowling coach Allan Donald, and power-hitting coach Albie Morkel, both of whom are South Africans.

One the other hand, the hosts will have their top set of players as many of their first-choice picks are in IPL squads, and despite the fact that the competition begins on March 26, they will not leave until the series is finished.

South Africa have made a poor start to their Super League campaign, losing at home to Pakistan and away to Sri Lanka, while they were only able to share a series in Ireland, with one match rained off. They also had a weather-induced no-result against the Netherlands, leaving them with plenty of ground to make up.

Bangladesh, by contrast, have won series against West Indies, Sri Lanka, Zimbabwe and Afghanistan with their only series defeat coming in New Zealand, where they lost all three matches.