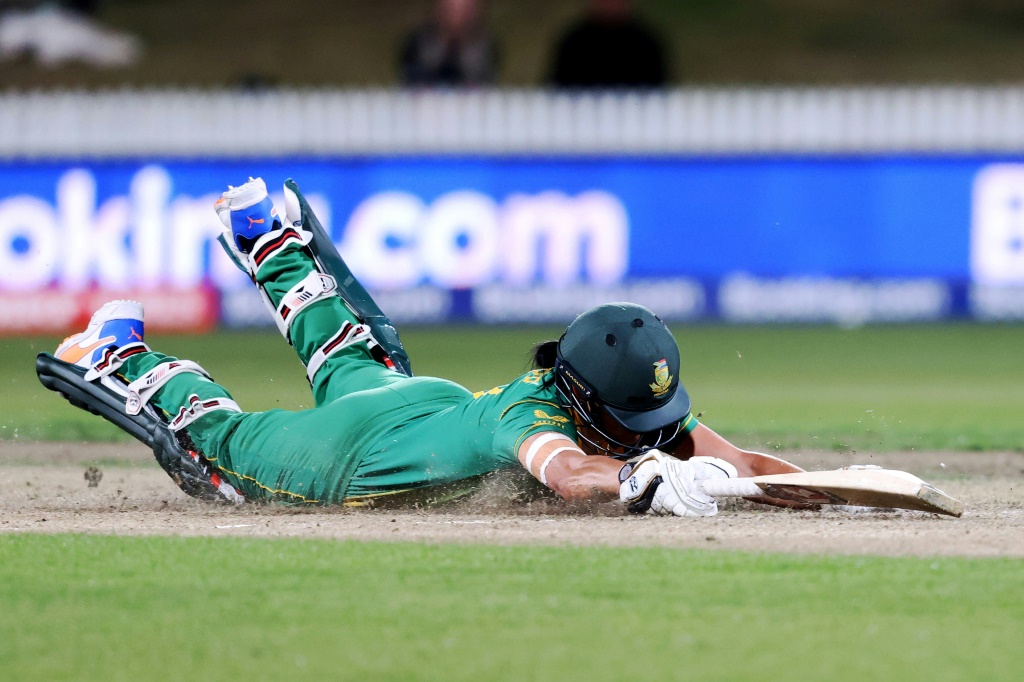 South Africa notched a two-wicket win over New Zealand on Thursday to virtually guarantee themselves a spot in the Women's Cricket World Cup semi-finals and leave the hosts in danger of elimination.

South Africa emerged victorious from a tight, low-scoring contest and are the only team to match tournament favourite Australia's record of four wins from four matches.

It was a third loss in five games for New Zealand, who are in a precarious position after blowing their chance to set a big total and put the match beyond South Africa.

South Africa bowled the home side out for 228 in 47.5 overs in Hamilton, then chased down the total with three balls to spare.

Captain Sophie Devine was again the standout for New Zealand, notching an imperious 93 that should have been the impetus for the home team to set an imposing target.

But Amelia Kerr and Maddy Green were the only other batters to offer any resistance to South Africa's attack with 42 and 30 respectively.

Devine fell just short of her seventh ODI century when Ayabonga Khaka dismissed her with a perfectly placed yorker.

Despite her departure New Zealand were in a strong position with wickets in hand at 198-5 heading into the final 10 overs.

They were unable to capitalise and Devine's wicket was among six to fall for just 30 runs as South Africa's bowlers ran rampant.

Khaka finished with figures of 3-31, Shabnim Ismail snared 3-27 and Marizanne Kapp took two wickets in successive balls on her way to 2-44.

Chasing 229, South Africa were 105-2 at the halfway mark with Wolvaardt anchoring the innings and Luus providing support.

They also suffered a late collapse but Kapp steered them home with an unbeaten 34.

South Africa next play Australia in Wellington on Tuesday in a clash between the top two sides in the table.

Tags: Women World Cup,
Up Next