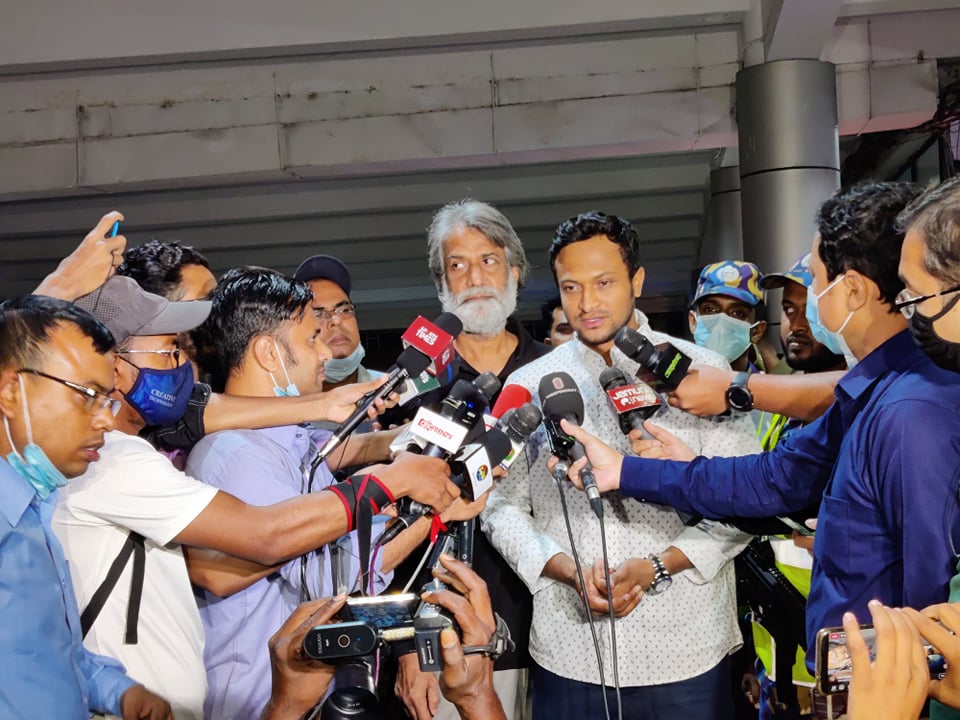 Before leaving Shakib has faced media and said Tigers are looking for wins even series win.

“There must be hope that we can win. It would be great to win the series but I think it would be a good achievement if we win a match. So the whole team will have that goal, we will prepare that way,” Shakib said.

“Being with the team is always a lot of fun. Which I have been doing for the last 15 years, it would be nice to be able to stay in the future. It's a pleasure to be with the team, I hope we can achieve good results together” he added.

Shakib's merry-go-round with the Bangladesh Cricket Board (BCB) came to an end yesterday [Saturday] when the star all-rounder confirmed his availability for the tour.

The issue surrounding Shakib's availability for the Africa tour has caused quite a stir in recent days. Before leaving for Dubai on March 6 to fulfill a commercial commitment, the Southpaw declared that he was neither emotionally or physically fit to play cricket. However, by that time, Shakib had already been named to the board for the ODI and Test series.

BCB boss Nazmul Hasan Papon questioned Shakib's sincerity the next day, asking the media if the left-hander would have done the same thing if the Indian Premier League had come first.

The BCB decided after a meeting to give Shakib a two-month suspension from all forms of cricket till April 30. Shakib spoke with the BCB boss upon his return from Dubai on March 10, and after another meeting at the home of cricket in Mirpur, the star cricketer changed his mind.