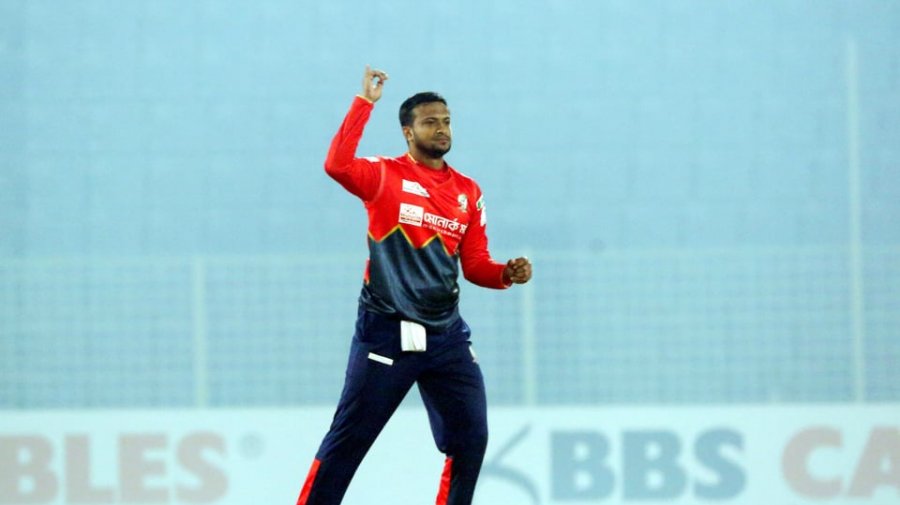 Shakib Al Hasan has been named the Bangladesh Premier League's Player of the Tournament for the eighth season (BPL). Shakib has won player-of-the-tournament four times in the BPL, but this is his first since the 2018-19 season.

Fortune Barishal was led by Shakib from the start, but the squad fell short by just one run in the end. However, the all-rounder had a fantastic tournament, scoring 284 runs and taking 16 wickets in 11 games.

Shakib scored the sixth most runs and took the third most wickets in the tournament. Shakib had three fifty-plus innings in the competition, totaling 11 innings.

However, the Southpaw remarked that he would have loved to lift the trophy more than being the player of the series.

"[It] was a very good game of cricket, both teams made mistakes, but in the end Comilla held their nerves, credit goes to them," Shakib said the post-match presentation.

"Shykat Ali played a great innings, it was a good game for him. But in the end we couldn't get over the line. We came back really well after Sunil's innings. Credit goes to our bowlers to come back from that situation, they have bowled really well throughout the tournament. It's not easy bowling in the last 2-3 overs. Credit goes to Sunil for that over. We have to come back stronger next year. It was a good tournament for me personally but I would have loved to lift the trophy more than being the player of the series," he added.

Only Andre Fletcher, Will Jacks, and Moeen Ali cleared the fence more times than Shakib (15 sixes) in the event. Shakib got five player-of-the-match accolades in a row in the competition, the most by any player in T20 history.