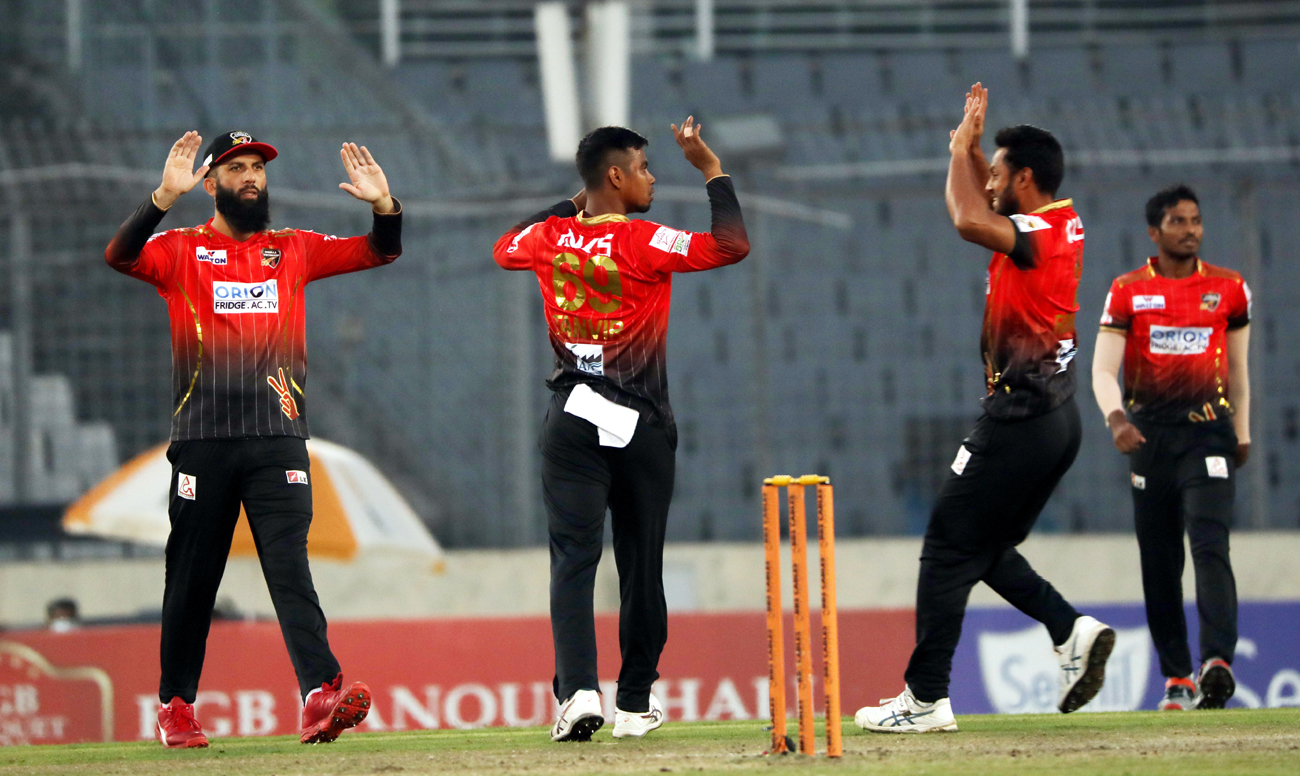 Comilla Victorians beat Chattogram Challengers by seven wickets in the second Qualifier today at the Sher-e-Bangla National Stadium in Mirpur to advance to the Bangabandhu Bangladesh Premier League (BPL) final.

Comilla, chasing a modest 149-run mark, reached it with 43 balls to spare, thanks to Sunil Narine, who opened the innings. In just 13 deliveries, the West Indies set a new BPL record for the fastest fifty.

Despite losing opener Liton Das to the first delivery of the innings, Narine ripped through the Chattogram bowlers from the start of the chase.

After striking two sixes and two fours to Shoriful Islam in the first over, the West Indian smacked three sixes and a four to pile up 23 runs in the innings' second over, bowled by Mehedi Hasan Miraz.

Comilla will now face on Fortune Barishal in the final of the BPL on February 18.

Imrul Kayes and Narine added 79 runs for the second wicket, with the Caribbean continuing to be the aggressor.

Narine was eventually dismissed after surrendering a return catch to Mrittunjoy Chowdhury after a 16-ball 57, which included six sixes and five fours, but Comilla had already scored 84 for 2 in the Power-play.

Imrul was bowled for 20, but Moeen Ali and Far du Plessis, both from South Africa, remained unbeaten on thirties and formed an unbeaten 54-run fourth-wicket stand to seal an easy victory.

Earlier, Chattogram were bowled out for 148 in 19.1 overs after deciding to bat first. Miraz led the way with 44 runs from 38 balls, including two sixes and three fours.