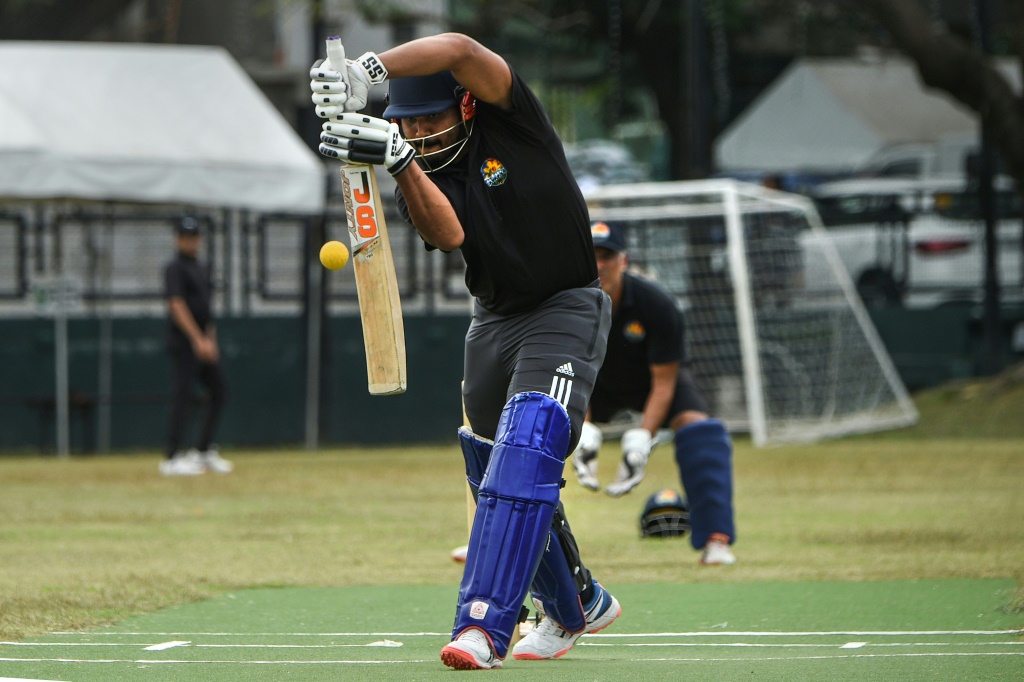 The Philippines is better known for boxers than batsmen and its cricket team has not played for three years, but the side of amateurs hope to make their mark in T20 World Cup qualifiers.

As the lowest-ranked side in the eight-team qualifying tournament taking place this month in Oman featuring the likes of Nepal, Ireland and United Arab Emirates, few are more surprised than the Philippines to be pulling on the pads at global level.

"It's like a fairy tale," said skipper Jonathan Hill, a high-school teacher in Jervis Bay in Australia's New South Wales, where he plays club cricket.

The Philippines team is made up of mainly Indian expats in Manila and Filipino-Australians based in Australia who take time off from their day jobs to train and play.

Preparations for the biggest fixtures of their lives have been "far from ideal", Hill said.

The last time the Philippines played a match was three years ago -- a victorious, rain-soaked five overs against Vanuatu in a regional qualifying tournament in Port Moresby which unexpectedly secured their berth in Oman.

After the Covid pandemic hit and competitions were cancelled, players were left mostly to train alone as lockdowns and border closures made it impossible to gather in one place.

When the 14-strong squad assembles in Oman this week for Friday's opening clash against Canada, it will be the first time some of the players have met.

"But at the end of the day cricket is still a game.

"It's bat versus ball and the thing I love most about it is that it's not just skill level or fitness level or even intellect -- so much of cricket is about heart and that's something we've always played with."

The top two teams in Oman will book spots in the T20 World Cup in Australia later this year.

"We will try our best," said 42-year-old off-spinner Vimal Kumar, who took a break from his lending and trading business in Manila recently to join a rare practice session in the Philippine capital.

"It's an unpredictable game, you never know who is going to win."

The players are paying a heavy price to get to Oman.

While the global governing body, the International Cricket Council, covers the cost of flights and accommodation for the Philippines, other expenses are left to the players to shoulder.

A GoFundMe campaign recently launched by the Australia-based coach Henry Tyler seeks to raise AUS$7,500 (US$5,300) for expenses including training balls, travel insurance and the hire of practice nets.

"In order to represent the Philippines we must take unpaid leave from our work," Tyler wrote in the fundraising appeal, which as of Sunday had yet to reach its goal.

Cricket has been played socially in the Philippines for more than a century but it never flourished in the former US colony where basketball and boxing have long been the most popular sports.

That started to change in 1999 when two expats in Manila started the Philippine Cricket Association.

A few years later the Philippines joined the ICC as an associate member and they now have national men's and women's teams as well as domestic leagues.

Since making their international debut in 2011, the men's side have scored some victories over other minnows in the region.

But playing against top-20 ranked teams in World Cup qualifiers is a huge step up.

Faisal Khan, co-founder of the cricket association and manager of the national squad, admitted the odds were stacked against them.

But he said the experience of playing "one step below the World Cup" was more important than winning.

"Let's get better and better," he said.

"Who knows, maybe one day we will be playing in the World Cup."