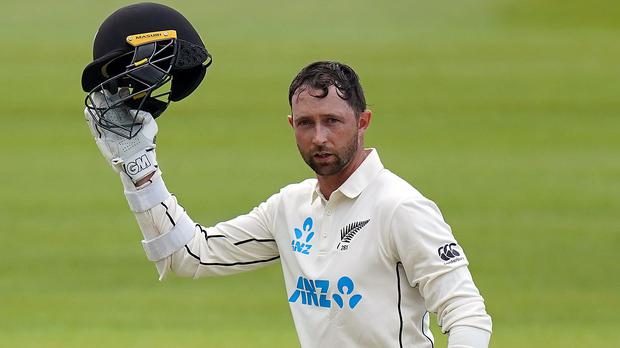 When South Africa takes on in-form New Zealand batsman Devan Conway in the first of two tests at the Hagley Oval in Christchurch on Feb. 17, Protea captain Dean Elgar says friendships will be set aside.

Conway, who was born in Johannesburg, made his test debut against England at Lords last year and has since been in exceptional form, scoring three hundreds and two fifties in nine innings. This includes a double ton on the very first day.

Many of the South Africans on the tour have played with and against Conway in domestic cricket, so they are familiar with his abilities.

"He is playing with a different badge on his chest now and has had a great start to test cricket. His numbers speak volumes and he is in a massive purple-patch," Elgar told reporters on Thursday.

"But we don’t see him as a South African guy anymore, he is living here and playing for another country."

"I am sure there will be some friendly chats off the field because a lot of guys know him and played with him and against him. But once match-day comes and you walk over that white line, it is all business, irrespective if he is your friend or not."

The South African side have begun to practice for a few hours each day having all returned negative Covid-19 results in the first three rounds of testing since their arrival in the country.