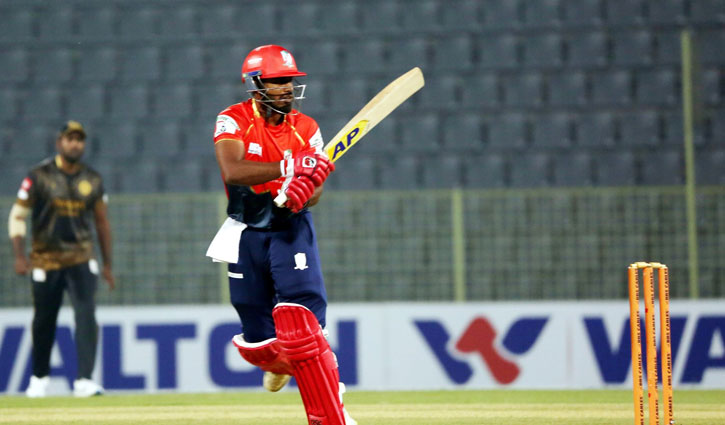 The controversial Sylhet Sunrisers were defeated by Fortune Barishal by 12 runs in a high-scoring match of the Bangabandhu Bangladesh Premier League Twenty20 2022 at Sylhet International Cricket Stadium on Tuesday, despite Colin Ingram's searing 90-run performance.

Shakib al Hasan's Barishal maintain their lead at the top of the table with six wins in nine games, confirming their top-four berth, while Sylhet suffered their sixth loss in eight games, therefore eliminating them from contention for the tournament's second round.

Ingram, former South African cricketer, was promoted to open the game in chase of 199 runs and began hitting from the first ball against Shakib and Mujeeb Ur Rahman of Barishal.

Before being caught at long-on by part-timer Nazmul Hossain Shanto in the 15th over, the left-handed hitter faced 75 balls and struck 16 boundaries and one over the boundary.

While Ingram had one end of the crease occupied, the Barishal bowlers kept the chase moving by taking wickets at regular intervals from the other end.

Mosaddek Hossain's 34 off 21 balls was the second-highest total in the innings, while Alauddin Babu was undefeated on 22 off 12 balls.

Shakib, Dwayne Bravo, and Shanto took two each of the six Sylhet wickets.

Earlier, Barishal were sent to bat first and despite the toss going against them, the side had half centuries from openers Munim Shahriar and Chris Gayle and cameos in the middle from Shakib and Bravo lifted the side to a big total of 199/4.

Munim and Gayle put on a 72-run opening partnership before the former left with a 28-ball 51 that included six fours and three sixes.

Nurul Hasan, the wicketkeeper-batsman, left after scoring only two runs, bringing Shakib into the middle.

Before succumbing to Alauddin, the star all-rounder started firing from the opening ball and added 38 to the total in 19 balls.

Gayle hit his first half-century in the BPL this season, remaining in the middle until the conclusion of the innings on 51 off 45 balls, while Bravo remained unbeaten on 34 off 13 balls.

Shakib was named Player of the Match for the fourth time in a row in the ongoing tournament.