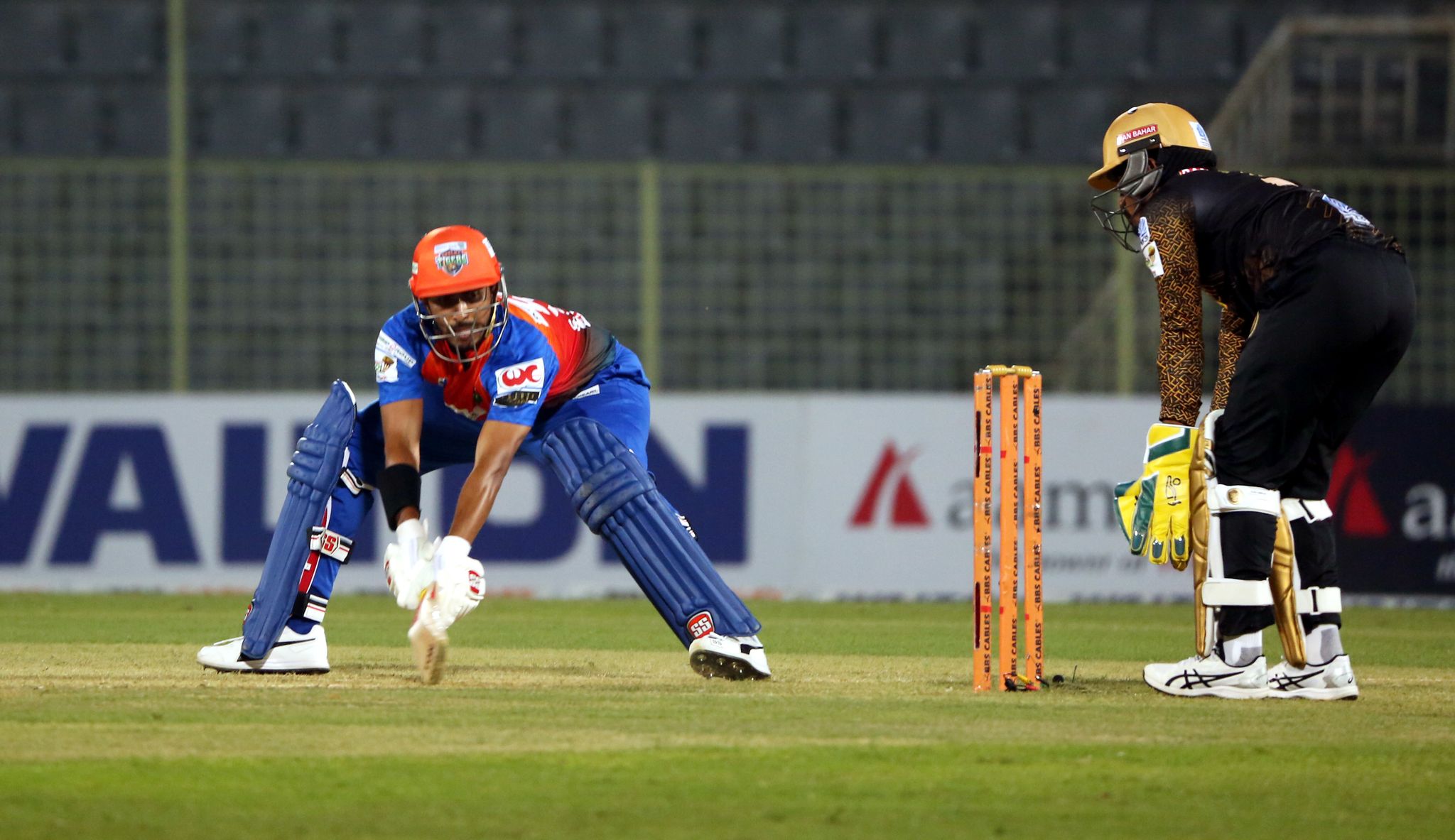 Soumya hit an unbeaten 82 off 62 balls, while Mushfiq made an unbeaten 62 off 38 balls in the BPL 2022's best fourth-wicket stand.

The match was more focused because of the surprise change in the captaincy of Sylhet Sunrisers and later there was ball-tampering in the same contest.

Bopara took the toss instead of Mosaddek Hossain, and Sylhet management later revealed that the decision to change captains was made after discussions with the Bangladesh batter.

Later that, the former English player was seen tampering with the ball with his fingernails during the ninth over of the first innings and the act was broadcast on TV during the evening game Monday.

The on-field umpires immediately noticed the act and changed the ball. They also penalized Sylhet with five runs for the offense.

It was the first incident where umpires gave penalty runs to a side for ball-tampering in the history of the BPL.

Khulna got off to a bad start after losing the toss, with hard hitter Andre Fletcher being run out in the second ball of the first over, followed by Mahedi Hasan being dismissed the next delivery.

Soumya and Yasir Ali, on the other hand, continued their assault until the latter was removed on 23 off 18 in the sixth over's final ball.

That brought in the seasoned Mushfiq, who, along with Soumya, commanded the Sylhet bowlers.

In reply, Sylhet made a steady start as their openers Lendl Simmons and Anamul Haque accumulated 41 runs before the former was dismissed for 10 off 17.

Anamul was dismissed for 47 in the 11th over with the score at 70, triggering a collapse in which Sylhet lost two key batters in rapid sequence - Mohammad Mithun and skipper Ravi Bopara - and were reduced to 73/4 in the 13th over.

Mosaddek Hossain, who remained unbeaten on 39, tried to keep the chase alive with a 58-run stand with Colin Ingram (37) in the 18th over, but the equation was so difficult that even Alauddin Babu's three consecutive sixes in the final over could only reduce the defeat margin.