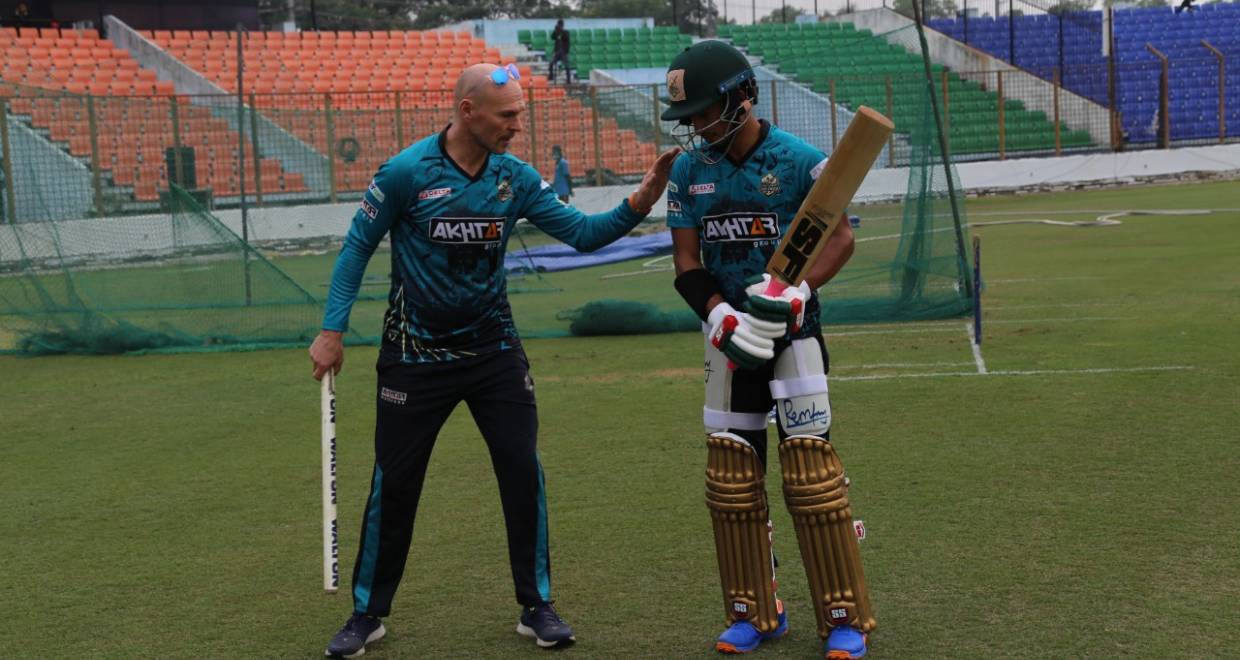 Chattogram Challengers have changed two major things before their fifth match in the ongoing Bangladesh Premier League (BPL). On Saturday, Naeem Islam appeared out of nowhere for the toss instead of Mehidy Hasan Miraz against Sylhet Sunrisers.

Before the match, even their head coach, Paul Nixon has returned to England.

Nixon was contracted for the whole season but he flew to England on Friday. Yasir Alam, the chief operating officer of Chattogram Challengers, confirmed the matter to Cricfrenzy. Nixon had to go because he had a long-term deal with Leicestershire.

Chattogram's bowling coach will take the head coach's role meanwhile. "Tait will be our head coach now. We're not bringing any changes, really. Nixon will still communicate with us and give us the necessary suggestions when needed. Everything is fine," Yasir added.

Nixon has requested that Naeem take over as captain for the remainder of the tournament instead of Miraz, according to Yasir.

"Nixon made the decision before leaving, wanted Miraz to focus in his game more” Yasir concluded.