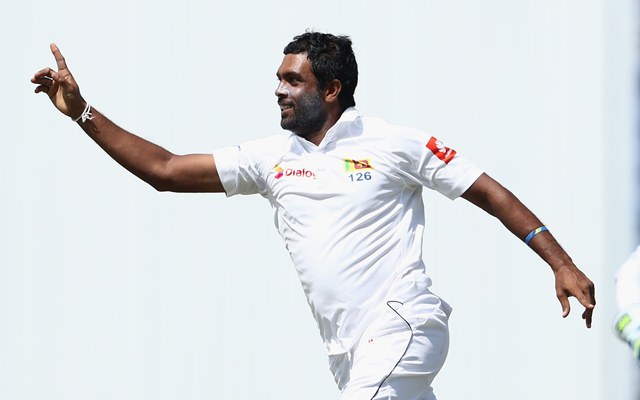 After 43 Tests, 13 ODIs, and five T20Is, Dilruwan Perera has declared his retirement from international cricket. At the international level, the allrounder bagged 1456 runs and 177 wickets across all forms.

Perera has expressed his intention to play domestic cricket in the future. Perera made his One-Day International debut against England in Colombo in 2007.

He made his Test debut against Pakistan in Sharjah seven years later, scoring 95 while batting at No. 8. He went on to capture 161 wickets with his off-spin at an average of 35.90, with his finest performance coming against South Africa in Galle in 2018, when he took 10 for 78.  His most recent Test, in January of last year, was also held at the same location.

In a statement, Dilruwan said: “Sri Lanka Cricket has been a source of great inspiration and support throughout my time and I remain grateful to you, the executive committee, and my coaches past and present,"

“I will continue to play domestic cricket for a while longer but for now I think the time is right to call it curtains on my international cricket journey... I’ve had the privilege and honour of playing with some of the best in the game, I leave with fond memories and a heart full of joy."

Perera averaged 31.46 in ODIs and took 13 wickets in as many games, while he took three wickets in three T20Is. He hasn't played for any of the limited-overs teams since 2018, and his previous T20I match was in 2011.