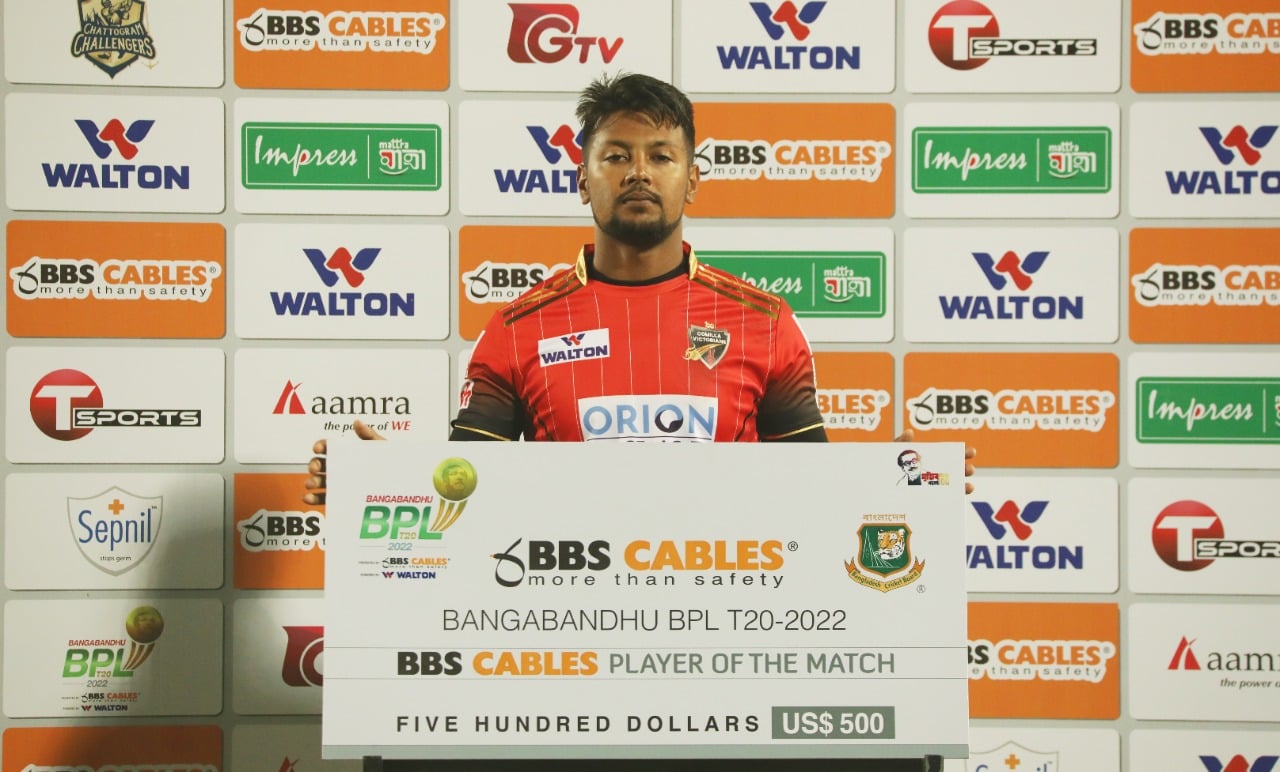 Comilla Victorians' spinner Nahidul Islam bowled an incredible 4-1-5-3 in the 8th match of the ongoing Bangabandhu Bangladesh Premier League (BPL) between Comilla Victorians and Fortune Barishal. This is the most economical four-over bowling spell in tournament history.

Nahidul began his innings with a wicket-maiden, dismissing Shykat Ali with the final ball of the team's first over. Shakib Al Hasan, the captain of the Barishal team, was taken out by the off-spinner.

In the tenth over, Nahidul returned to deliver his final over and dismissed Chris Gayle. He concluded his four-over performance with three wickets and only five runs conceded.

Barishal skipper Shakib Al Hasan has credited the spinner after the match as he said “Credit goes to Nahidul, he bowled in very good areas. When our batters tried to play big shots, they got out.”

Nahidul was adjudged the player of the match for his historic spell.

Imrul Kayes, Comilla captain, also praised the match-winner. “Winning is always a good feeling. Very happy with the team's performance. Even in the last match, Nahidul bowled very well, he had the confidence.”