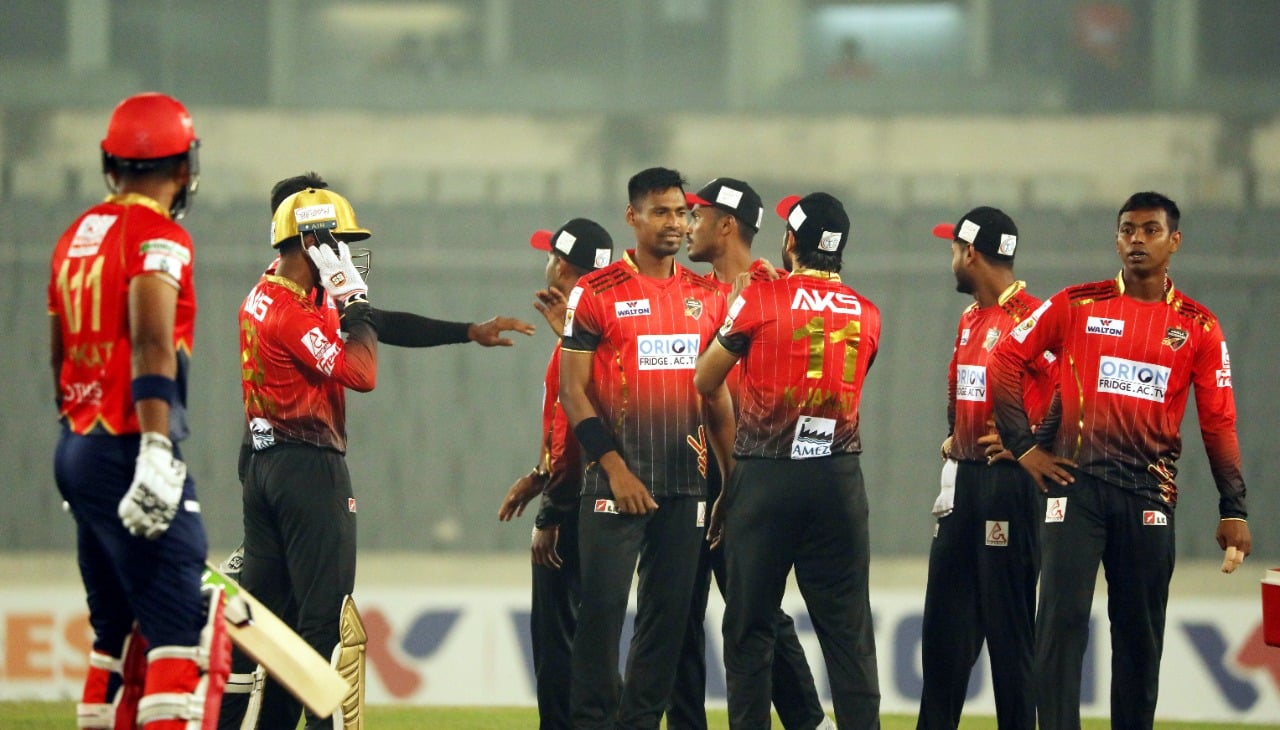 Chasing 159, Dhaka were in early trouble and were reduced to 34 for 4 in the seventh over. They lost the remaining wickets in quick succesions as well.

Najmul Hossain Shanto top-scored with 36 runs off 47 balls aided by two boundaries. Towhid Hridoy played a knock of 19 off 14 deliveries before getting bowled by Karim Janat.

Nahid, who scalped three wickets was adjudged as the man of the match.

Earlier, Comilla posted 158 for the loss of seven wickets in 20 overs after being invited to bat first. Openers made a brisk start as Cameron Delport hit 19 off 13, hitting 4 fours and Mahmudul Hasan Joy smashed 48 off 35 deliveries which featured 6 fours and a six.

Mahmudul fell short of two runs to hit his maiden T20 fifty, he was dismissed by Jake Lintott while playing a shot through the covers but got an edge straight to the Universe Boss at short third man.

Shakib axed Faf du Plesis (6) in between, he returned with an easy catch to Ziaur Rahman.

Skipper Imrul Kayes and Mominul Haque played short innings of 15 and 17 runs in the middle. However, Janat’s explosive batting 29 off 16 propelled Victorians set the target of 159 runs.

DJ Bravo picked up three wickets and Shakib took a coupl of wickets for Barishal.

Tags: BPL,
Up Next