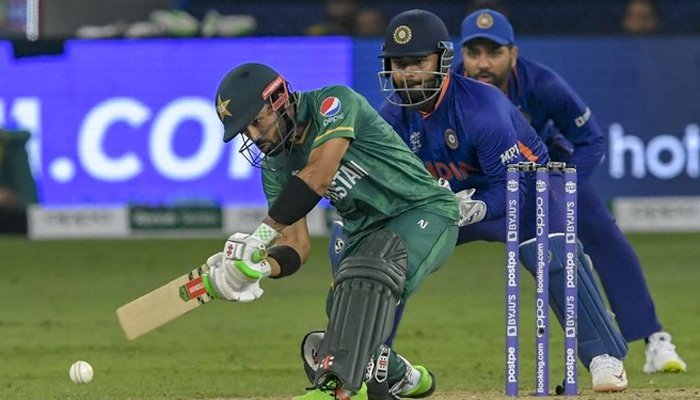 Pakistan wicket-keeper batter Mohammad Rizwan stated that he realized the importance of Pakistan-India clash through the fans and media.

"I had an interview arranged with an Indian channel and they asked me how the nerves were. I just told them that, for me, playing against India is just like playing against any other opposition. Until we had won, it was just another game for me," Rizwan said In an interview.

Pakistan had never beaten their archrival India in a world cup match. They had been waiting for victory for decades and finally Pakistan dismantled the Indian side during 2021 T20 World Cup.

"The reactions from the fans and media after the victory made me realise that playing against India is not ordinary because there's much more at stake than playing against any other opposition," added Rizwan.

"I felt the love from everyone when we returned back from the Bangladesh tour and everyone was extremely happy and giving us their love. It was incredible," he further added.

Pakistan will face India in the upcoming 2022 T20 World Cup at one of the finest venues across the globe - Melbourne Cricket Ground (MCG).