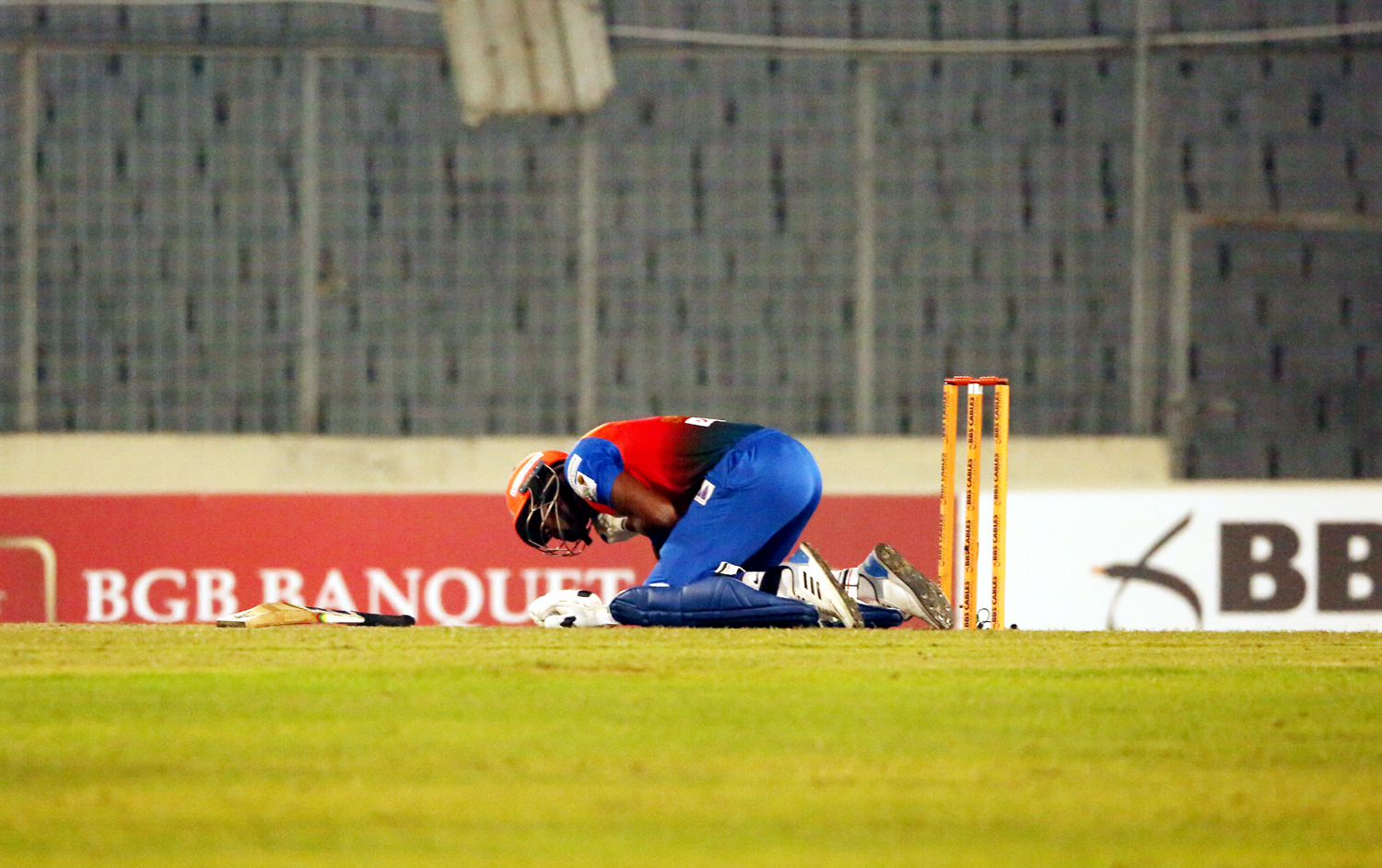 Khulna Tigers opener Andre Fletcher was hit by a bouncer ball awkwardly and stretchered off during their Bangabandhu Bangladesh Premier League Twenty20 2022 match against Chattogram Challengers in Mirpur.

Khulna said in a statement later that the Caribbean has been stable as he will undergo further tests tonight as a precaution.

Fletcher was on 12 when Raja's opening delivery of the seventh over bounced awkwardly, and he missed a pull attempt.

The ball sailed through the bottom of his helmet's grille and landed on his neck. He was in excruciating pain on the ground and had to be carried off the field on a stretcher.

WI struggle after Head and Labuschagne heroics for Australia

Labuschagne bettered only by Bradman in another Test feat